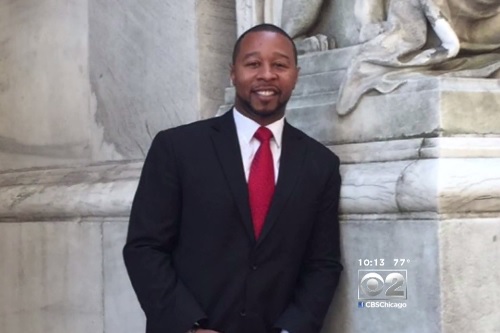 NEW YORK - From prison to law school, it has been a hard-fought road for Jarrett Adams.

At just 17 years old, he was sentenced to a 28-year prison term for a crime he didn't commit, CBS Chicago reported.

But now, Adams is a newly-minted attorney.

"I often told myself I can do it, and now actually doing it it feels very great," Adams said from New York.

On Monday, he looked back with understandable pride on his swearing-in as an attorney in the Empire State.

"It should be a lesson to all those who have obstacles to overcome," he said

His obstacles would have broken many others. CBS Chicago first met Adams last year, when he said how he was wrongly convicted of rape and slapped with a 28-year prison sentence in Wisconsin.

His cellmate convinced him to get busy.

"He was like, 'Sit down. I'm in here for the rest of my life for something I did do. You are in here for some absolute bull crap with no evidence and you're not going to fight to get out?' It really woke me up," Adams said.

He studied the law and wrote lots of letters. With help from the Wisconsin Innocence Project he was exonerated and released after a decade in prison.

This native Chicagoan moved to New York because his wife's job is there. He will work with the city's Innocence Project.