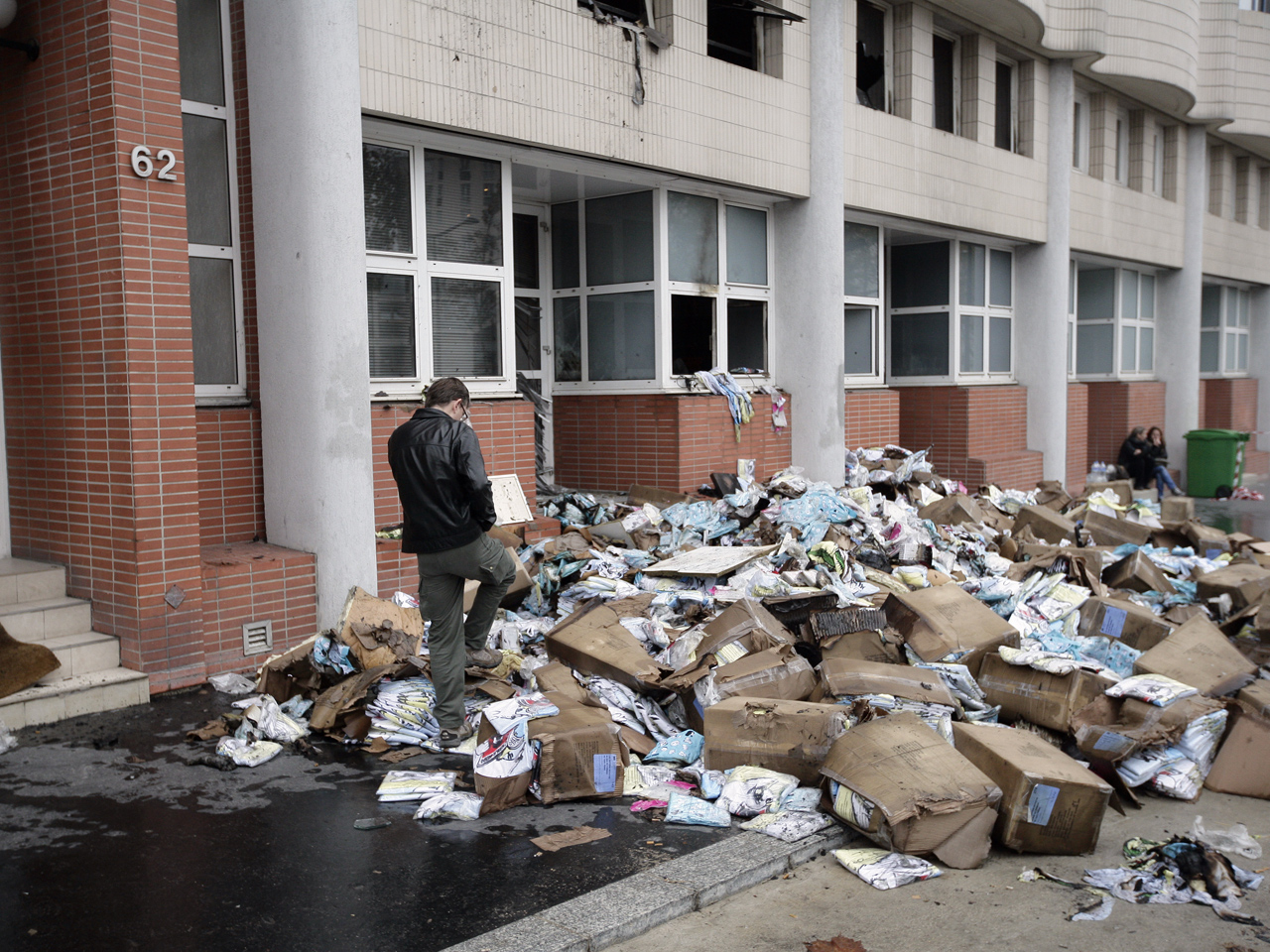 (CBS News) The French satirical newspaper Charlie Hebdo has been down this road before. In November 2011, its offices in Paris were firebombed following the front page publication of a cartoon of the Muslim prophet Mohammad saying "100 lashes if you are not dying of laughter."

At the time, the paper's then-editor-in-chief, Stephane Charbonnier, told the BBC: "This is the first time we have been physically attacked, but we won't let it get to us."

Perhaps being true to his word, the paper has planned another series of cartoons of Muhammad, including, according to Reuters, "nude caricatures." The paper is due to hit newsstands Wednesday.

The timing of the cartoons may be especially worrisome for leaders in France, home to Europe's largest Muslim population. The recent discovery of an online trailer for an anti-Muslim film produced by a Coptic Christian in America has sparked violent and occasionally deadly protests all over the world in countries with large Muslim populations. It is forbidden in Islam to produce caricatures of Mohammad, and some conservative Muslim leaders have mobilized their outrage into aggressive protests in recent years every time a Westerner does so.

French leaders have given a mixed response so far to the announcement of the new Mohammad cartoons' publication as the try to balance a desire to respect their progressive ideals with avoiding violence at home.

Prime Minister Jean-Marc Ayrault issued a statement, which Reuters translated as saying: "In the current climate, the prime minister wishes to stress his disapproval of all excess and calls on everyone to behave responsibly."

French newspaper Le Monde reports that Foreign Minister Laurent Fabius, on a visit to Cairo, condemned the cartoons, claiming to the French government is "against hostile provocations at this time."

The Interior Ministry has announced plans to beef up security around the offices of Charlie Hebdo as a precaution, according to Le Monde.

"It is with astonishment, sadness and concern that I have learned that this publication is risking increasing the current outrage across the Muslim world," he said. "I would appeal to them not to pour oil on the fire."

In 2005, a Danish paper, Jyllands-Posten, posted cartoons with Mohammad in them, including one featuring Mohammad wearing a bomb in a turban. At the start of 2006, Danish embassies around the world were attacked, several countries withdrew their ambassadors, and dozens died in rioting. In 2010, several men were arrested, accused of trying to attack and kill as many as possible at the Jyllands-Posten offices. At one point during the controversy, Charlie Hebdo republished those cartoons as an act of solidarity.