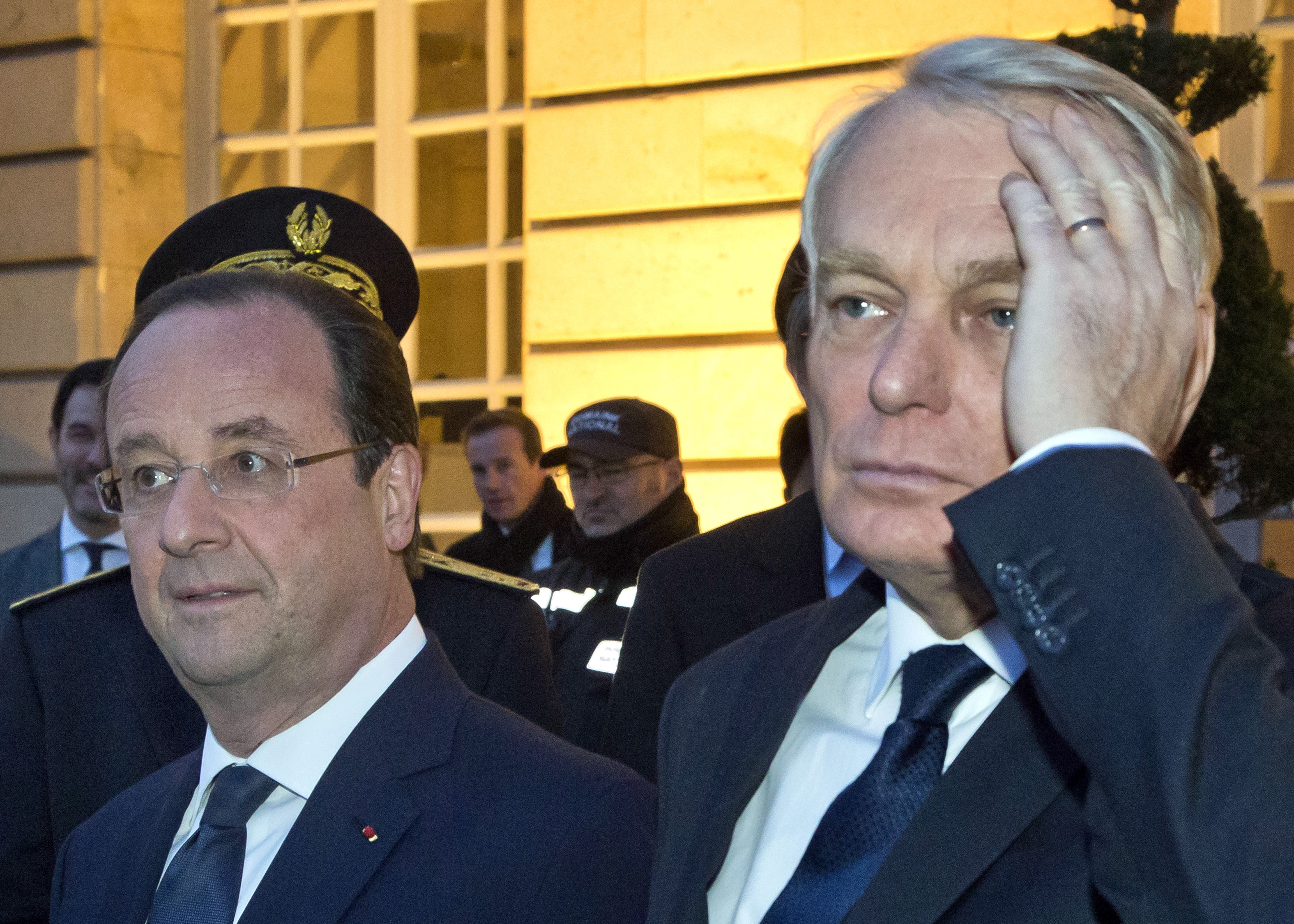 In a prerecorded televised speech, Hollande said Valls, the former interior minister, would lead a "combative government." Valls, who is consistently voted France's most popular Socialist in opinion polls, is considered to be part of the right-wing side of the party and is also relatively popular with French conservatives. He takes over for outgoing Prime Minister Jean-Marc Ayrault.

Disappointment with the Socialists' handling of the economy drove many voters to conservative or anti-immigrant far-right candidates in the elections Sunday and Hollande hopes the reshuffle will boost the government's popularity.

Ayrault conceded that the elections were "a defeat for the government." The administration has failed to fulfill its promises to cut France's more than 10 percent unemployment and boost growth, which was just 0.3 percent last year, according to figures released Monday.

Record-low voter turnout and the poor showing for Socialist candidates "really sends a message to Hollande that he has to change his Cabinet, he has to reshuffle," said Hall Gardner, professor of politics at the American University of Paris.

Changes are especially expected in the Finance Ministry, which has scared away investors with high and complex taxes and struggled to find solutions to chronic low growth and growing joblessness.

Hollande is expected to stick to a grand plan for a payroll tax cut aimed at creating jobs - even though it also involves unpopular spending cuts.

The biggest winners in Sunday's vote were candidates from the far right National Front, who won mayoral races in 12 towns and took 1,546 city and town council seats, the party said Monday. That's less than some Socialists had feared, but still a record-high number for the party, whose leader Marine Le Pen has tried to soften its xenophobic image and tapped into widespread discontent with mainstream politics.

The French economy avoided sinking into a new recession, growing 0.3 percent in the fourth quarter, but overall prospects for growth are slow.