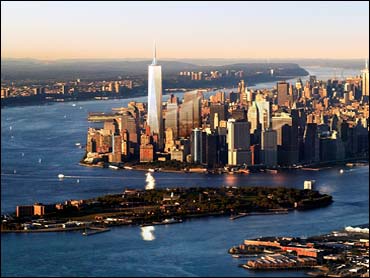 The Freedom Tower is out. One World Trade Center is in.

The agency that owns ground zero confirmed Thursday that the signature skyscraper replacing the towers destroyed on Sept. 11 will be more commonly known as One World Trade Center.

The building under construction at the site was named the Freedom Tower in the first ground zero master plan. Officials at the time said the tallest, most symbolic of five planned towers at the site would demonstrate the country's triumph over terrorism.

Port Authority of New York and New Jersey chairman Anthony Coscia says the agency refers to the building as One World Trade Center. He says it's the building's legal name and "the one that's easiest for people to identify with."