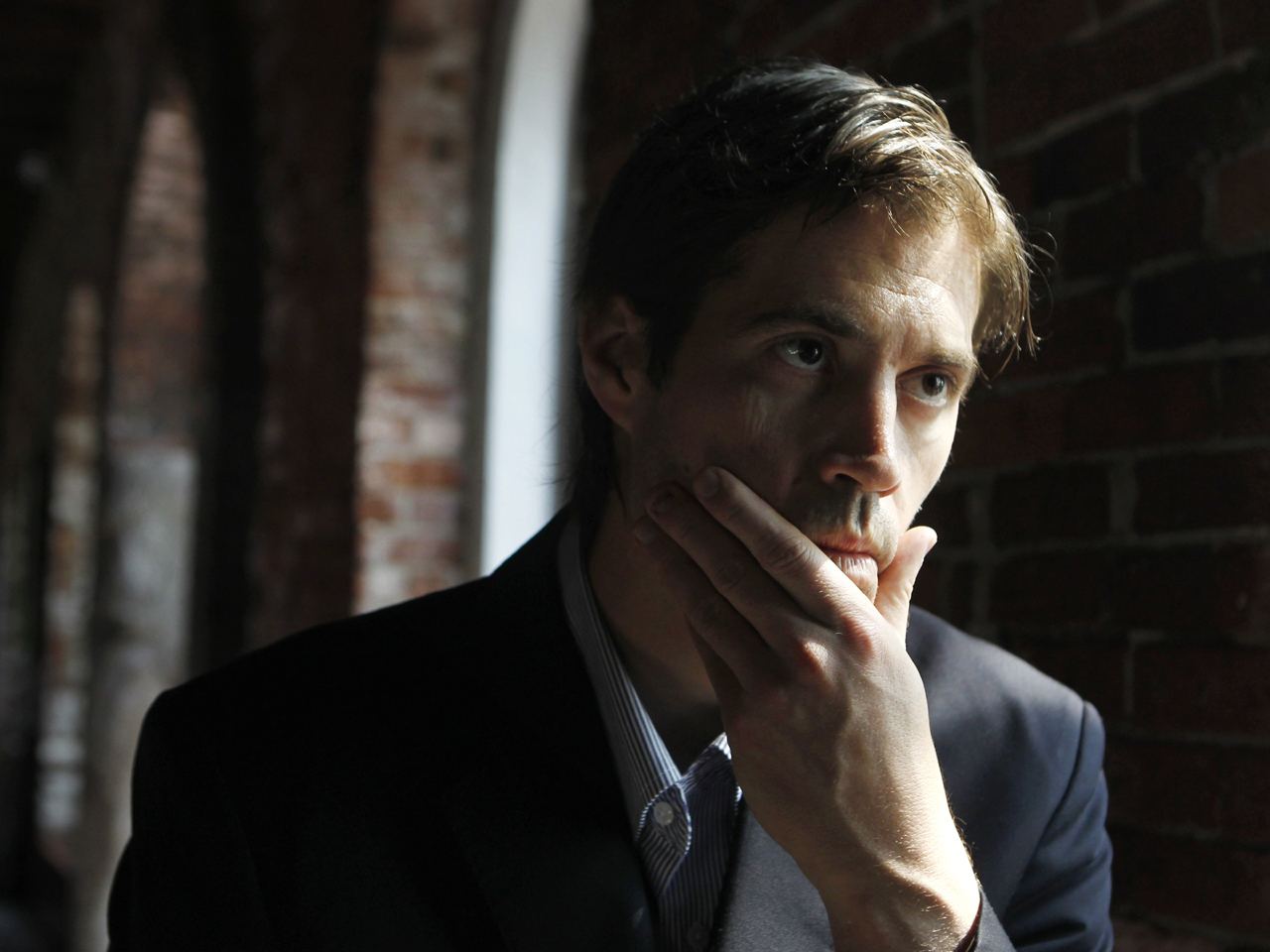 BOSTON - An American journalist held captive for six weeks in Libya said Friday he constantly relives watching a fellow journalist get killed and will regret that day the rest of his life.

James Foley, of Rochester, N.H., said he witnessed South African photographer Anton Hammerl get wounded by forces loyal to Libyan leader Muammar Qaddafi and tried to help him but came under fire. Foley, who was covering the Libyan conflict for the Boston-based international news site GlobalPost, said he and two other journalists were then roughed up by Libyan forces and taken captive, but Hammerl's body was left in the desert.

"I'll regret that day for the rest of my life. I'll regret what happened to Anton," Foley, 37, told The Associated Press from GlobalPost's Boston offices. "I will constantly analyze that."

According to Foley, he, Hammerl, American journalist Clare Morgana Gillis, of New Haven, Conn., and Spanish photographer Manuel Varela, who goes by the name Manu Brabo, were riding with rebels on April 5 near the Libyan town of Brega when Qaddafi forces attacked them. The journalists, unable to catch up with a rebel vehicle, came under attack while they hid under a small sand dune, Foley said.

"It was pretty much the worst firefight I've ever experienced," said Foley, who has also covered the war in Afghanistan. "Then I realized it wasn't any kind of crossfire. They were firing at us."

It was during that attack when Hammerl was shot, Foley said. He said Gillis was dragged by her hair and got a black eye and Foley was beaten with the butt of a rifle. Foley said the wounded Hammerl was left in the desert while the rest of them were rounded up in a truck as Qaddafi forces took photos of them with cell phones.

While in prison, Libyan officials questioned them about being spies, but the journalists remained truthful about their reasons for going to Libya, even pointing to stories they'd written and photographs they'd taken, Foley said.

The 34-year-old Gillis, a freelance reporter for The Atlantic and USA Today, said she was blindfolded and interrogated into the wee hours of the morning, accused of being a spy, yelled at and forced to sign papers in Arabic. Gillis said Qaddafi's 38-year-old son, Saadi, later visited her while he was dressed in a white robe and asked if the rebels were crazy.

Meanwhile, Foley said he talked to other prisoners, most of whom were detained for political reasons such as speaking out against Qaddafi in public and texting anti-Qaddafi messages. "It confirmed to me that this was a grassroots movement," Foley said. "This is a revolutionary movement (and) that means they won't accept the regime."

Foley, Gillis and Brabo were released by Libyan authorities last week, a day after the Libyan government said it had given them a one-year suspended sentence on charges of illegally entering the country.

After their release, they confirmed that Hammerl had been shot and left in the desert.

Gillis and Foley said they want an investigation into what happened to Hammerl's body. Foley said he is helping raise money for the family of Hammerl, who had three children, through his website, freefoley.org.

Foley said he "would love to go back" to Libya to report on the conflict but wants to spend time with family and friends who support him while he was detained.

"I want to go back under the right conditions," he said. "I'd like to follow up with some of those prisoners."

But he said he wouldn't be opposed to covering something local if it meant he'd get to stay a journalist.

"Journalism is journalism," Foley said. "If I had a choice to do Nashua (N.H.) zoning meetings or give up journalism, I'll do it. I love writing and reporting."