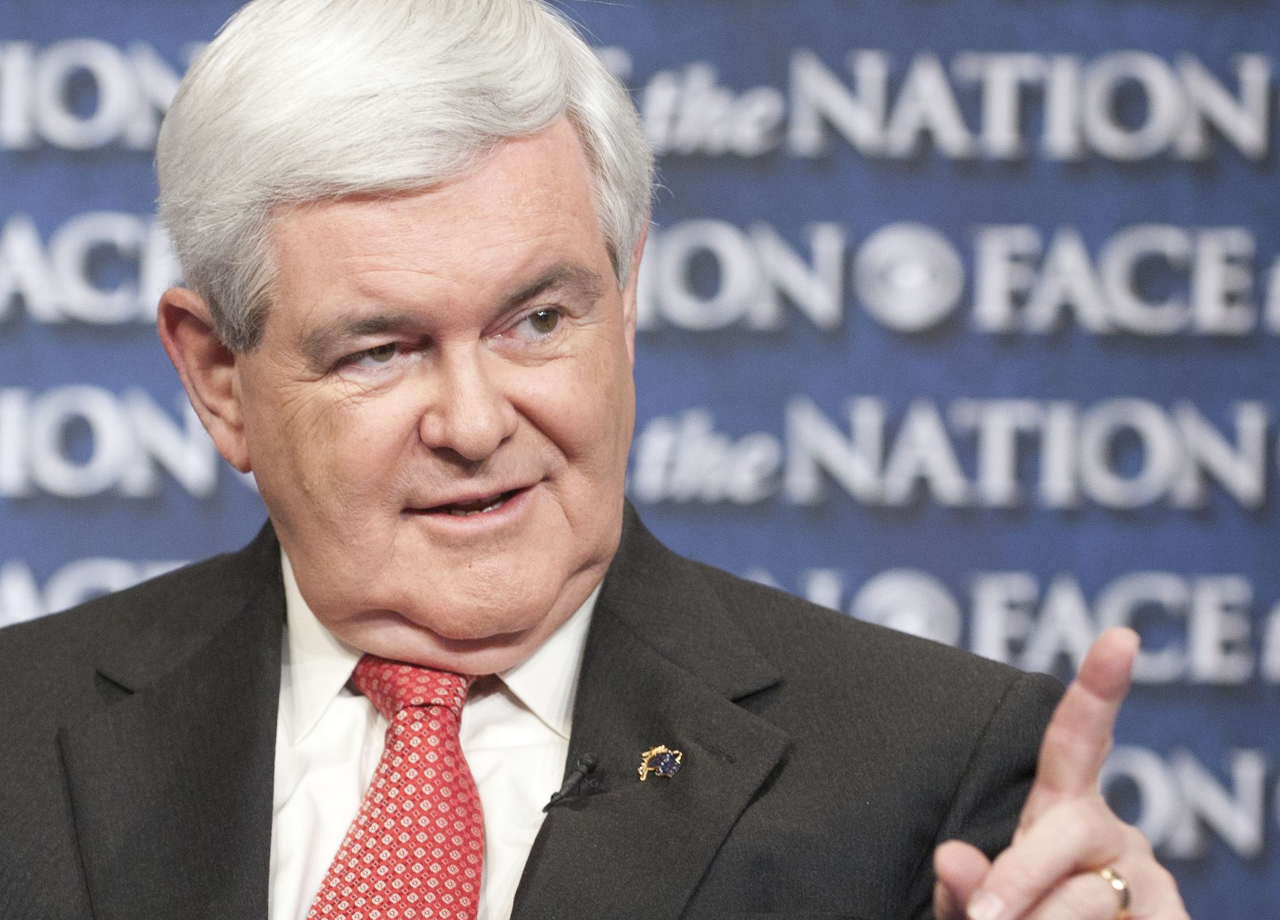 On Saturday, the Wall Street Journal editorial page, an influential conservative voice, spotlighted the payments and wrote that Gingrich "has a soft spot for big government when he can use it for his own political ends." Gingrich made millions of dollars after leaving Washington by leveraging his connections to lawmakers and beltway insiders, though he did not formally register as a lobbyist.

On CBS' "Face the Nation" Sunday, Gingrich defended himselfin the wake of the Wall Street Journal editorial, saying he gave consulting advice to the company but urged lawmakers not to bail it out. He also said the payments went not directly to him but to his consulting firm, saying "The share I got of it was relatively small." (Watch below.)

The Mitt Romney presidential campaign pounced on that comment, noting Gingrich first said he was paid as a "historian" and did not correct a claim he had been paid only $300,000.

"For weeks now, Speaker Gingrich has struggled to explain exactly what he did in return for $1.6 million in fees from Freddie Mac," said Romney campaign spokesperson Andrea Saul. "Not only has he distanced himself from his past work, but he is also distancing himself from the money he earned - saying it was for 'overhead' or that he didn't 'personally' receive it."

Michele Bachmann, meanwhile, called on Gingrich to "come clean," saying that on Face the Nation he "was still not forthcoming on the influence peddling he did to keep Freddie afloat at a time when I was trying to send Freddie Mac, the epicenter of the financial meltdown, into receivership."

"Newt's doublespeak on Freddie Mac and the $1.6 million he took to peddle his influence is part of his 30 year history as a Washington insider who will say anything to get elected," she added.

Romney also dinged Gingrichon the issue over the weekend, saying it will lead Tea Partiers to conclude "this really isn't the guy that would represent our views." He also said of Gingrich's claims not to have been a lobbyist, "when it walks like a duck and it quacks like a duck, typically it's a duck."

Both Romney and Bachmann have called on Gingrich to return the payments from Freddie Mac, with Romney casting Gingrich as among those who go to Washington "to serve the people and then they stay there to serve themselves."

On a conference call Saturday designed to draw attention to his call to diminish the power of the judicial branch, Gingrich also addressed the Freddie Mac issue.

"We were paid annually for six years, so the numbers you see are six years of work," he added. "Most of that money went to pay for overhead, for staff, for other things. It didn't go directly to me. It went to the company which provided consulting advice. And our advice included, how do you help poor people earn the right to be in a house and be a home owner?"