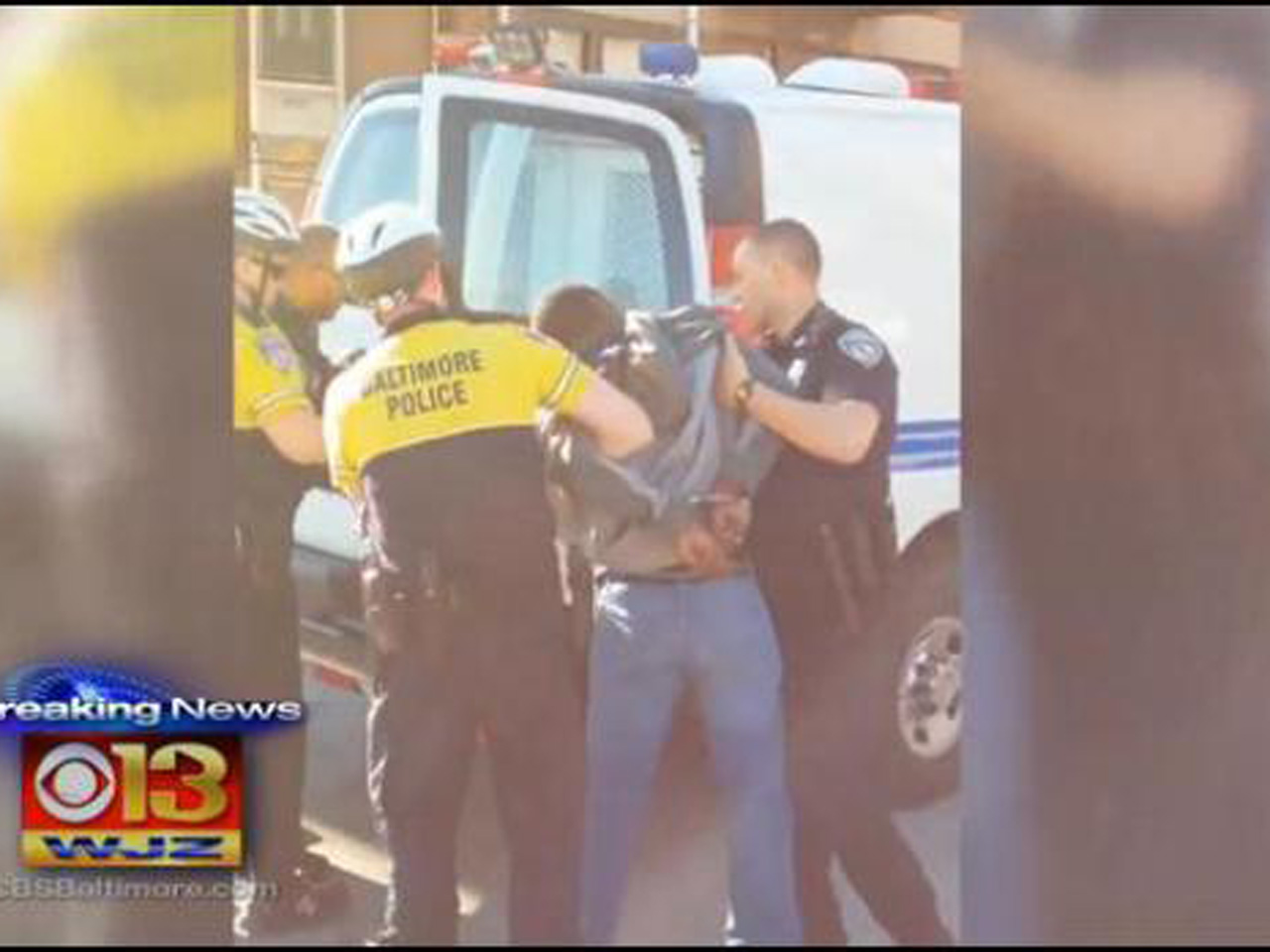 BALTIMORE - A man who was loaded into a Baltimore police van for transport to a police station, then needed an ambulance, has died a week after he was injured, city and hospital officials said Sunday.

Gray died a week after his arrest. According to a timeline police released Thursday, officers stopped Gray at 8:39 a.m. on April 12, and he then tried to run away. They caught him one minute later and arrested him, and he was placed in the prisoner transport wagon at 8:54 a.m., bound for the Western District station. At 9:24 a.m., an ambulance was called to the station to treat Gray.

Gray's family told CBS Baltimore his voice box was partially crushed, and three bones in his neck were broken. Gray, 25, of Baltimore, was in critical condition throughout the week.

The police department had placed the officers on administrative leave, as is routine.

A video of the arrest, made by a civilian, showed police taking Gray from the sidewalk and putting him in the van. It did not show what happened before or after that time.

Deputy Police Commissioner Jerry Rodriguez said at a news conference Monday that the video did not reveal use of force by officers.

"The individual attempted to flee and was able to run as we attempted to make a detention of him," Rodriguez said at that time. "This individual was not able to run when he was transported by ambulance to the hospital. That's what we're trying to investigate: What exactly happened. What actions or inactions may have contributed to this."

He declined to give details about Gray's injuries. Rodriguez and other Baltimore officials have also so far refused to say why the man was stopped in the first place, reports CBS News correspondent Mark Albert.

He has not been charged with a crime.

"What we know today is that the officers apprehended an individual," Rodriguez said, "and at the end of that encounter the individual was suffering from a medical injury."

The officers have not been identified.

Rodriguez said the situation was under investigation, and that all evidence will be turned over to the Baltimore state's attorney "for potential criminal conduct."

Hundreds of people held a peaceful rally Saturday and Sunday evenings outside the Western District station.

"I want citizens to know exactly how it happened, and if necessary I will ensure that we will hold the right people accountable," Rawlings-Blake said.