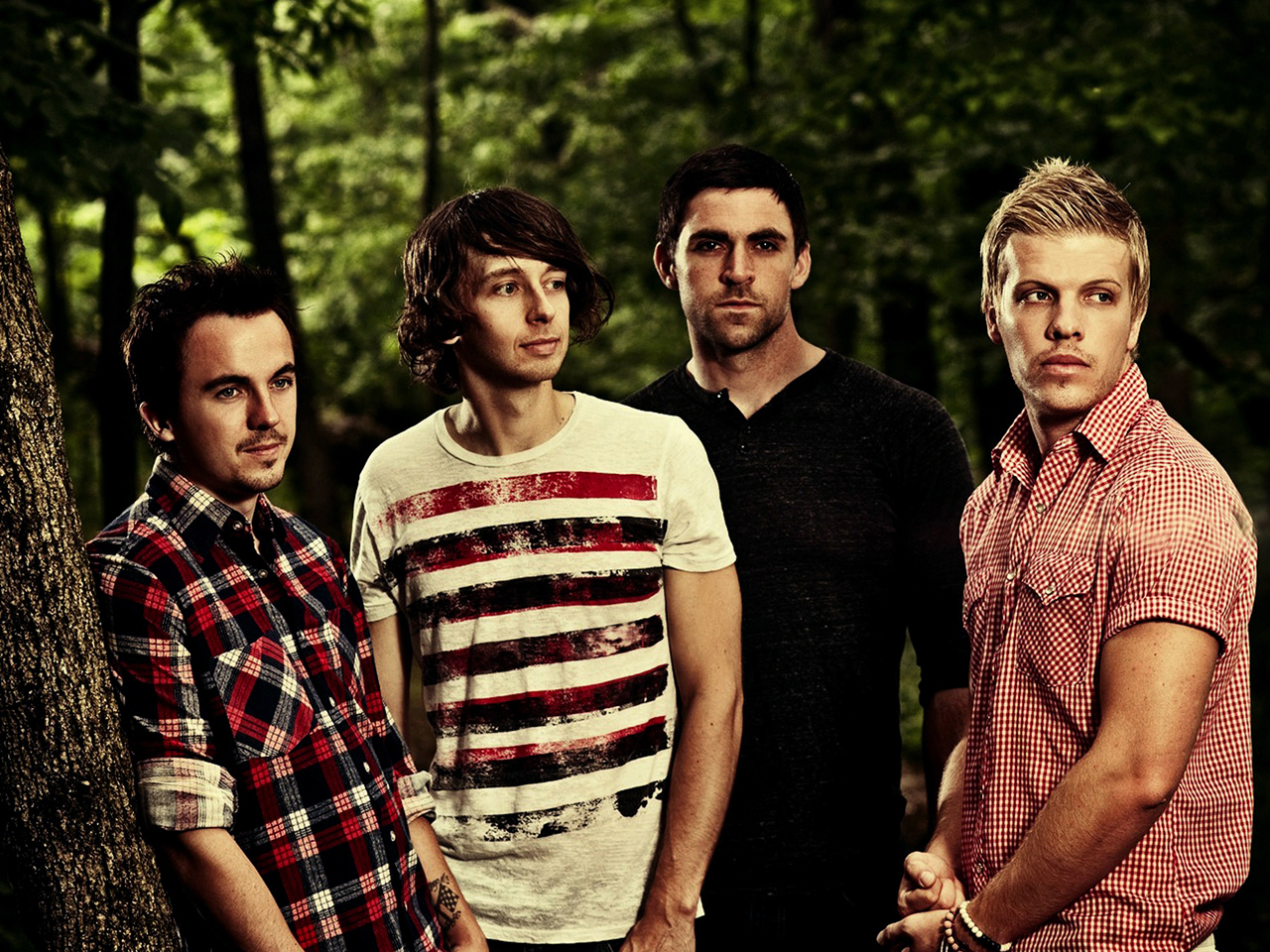 These days, if Frankie Muniz gets recognized on the street, he smiles, says hello and hands out a postcard featuring his new band.

The "Malcolm in the Middle" star is the new full-time drummer for Kingsfoil, a pop-rock group out of central Pennsylvania, and it's his focus -- 100 percent. Make that 1,000 percent, actually.

"Since I've joined Kingsfoil [six months ago] -- just having to learn their songs and the things the old drummer did, the things they do made me improve insanely," Muniz told CBSNews.com. "It's my focus 1,000 percent right now. I want to be the best drummer I can be for the band and for me."

Muniz joins singer Jordan Davis, guitarist Tristan Martin and bassist Tim Warren in the band, which started as a duo five years ago before growing to a four-piece outfit a couple of years later.

"We played acoustically a lot, and I think at that point we were just figuring out how to write songs. So that definitely has evolved a lot -- our ability to arrange and write and get better at that. Hopefully it has," Davis said.

When Kingsfoil's drummer parted ways with the group, Davis and the guys held auditions, and Muniz ended up making the cut. Which makes him the new kid on the block, so to speak. And you can tell. Before auditioning for Kingsfoil, he was already a self-described big fan.

"These guys are so insanely talented at all their instruments. But everyone can do everything," said Muniz, who got his first drum kit at age 12. "Everybody can play everything, which is really cool. Musically they know everything they're talking about. It's cool for me as the drummer to watch them work."

So it's no surprise that Muniz is excited about the release of the band's new album, "A Beating Heart is a Bleeding Heart," which surfaced last week.

"There's a wide spectrum [of music] -- there's super poppy songs, there's hard rock songs," said Muniz. "I'm talking from a fan perspective because I was a huge fan before I joined. The songs mesh really well together. Pop-rock works as a label."

All four members had a hand in the writing and recording of the album, released on their own label, Holiday Heart Records. Kingsfoil really prides itself about being very hands-on.

"That connection with our fans and being in control of it, it's so valuable," said Davis. "There's no middle man. There's our fans and us."

"We're doing it all ourselves," added Muniz, who previously played percussion in the group, You Hang Up. "We've been working insane over the past two months. And there's still things on our to-do list. Now it's out, people can listen to it and enjoy it. We did it."

Now that the album is out, Kingsfoil's focus will turn to touring. The band -- in its latest formation -- has played 50 shows already and plans to be on the road for the foreseeable future.

Watch the video for more on the interview, including details about a recent "Malcolm in the Middle" reunion.