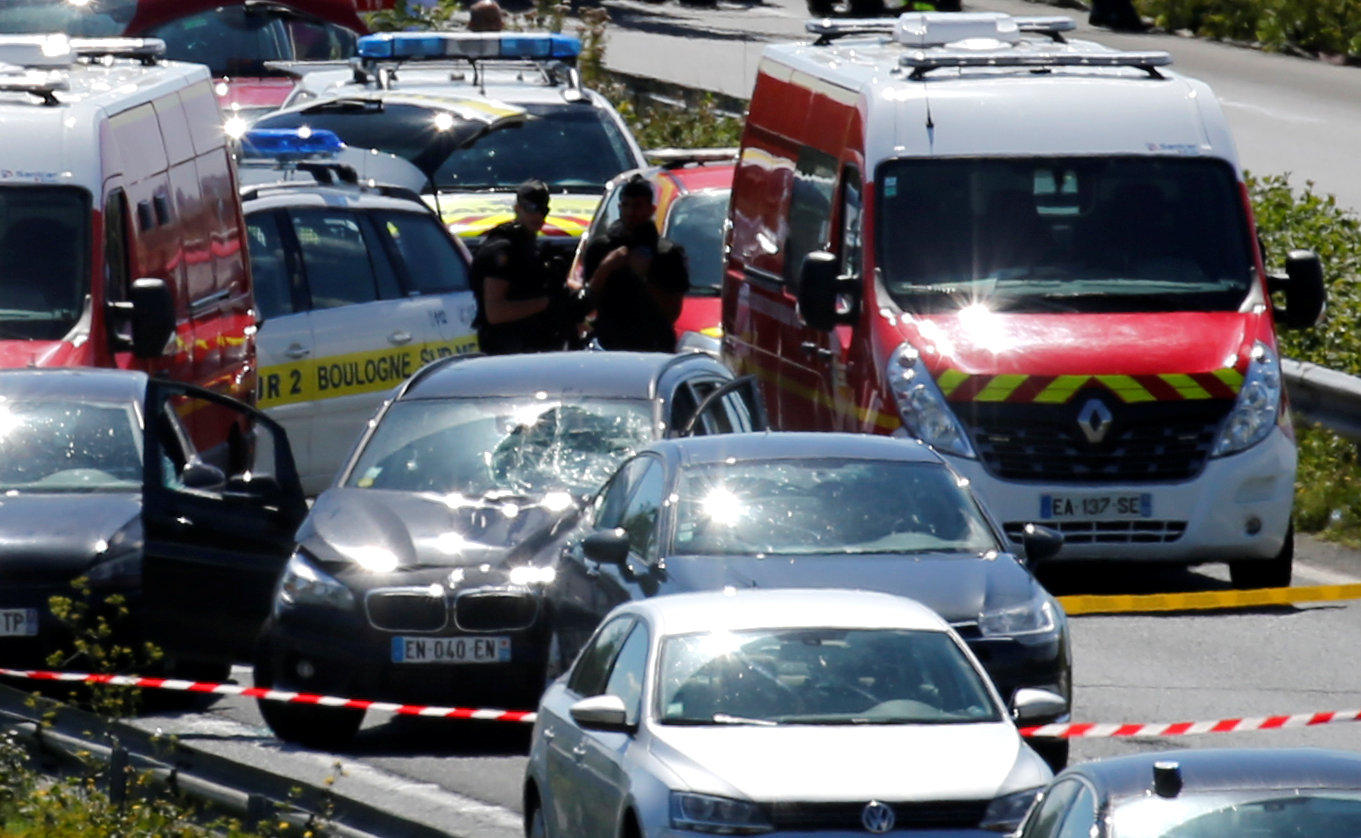 French troops were struck by a vehicle outside a barracks in suburban Paris on Wednesday in an attack that left six wounded, including two seriously, according to French police.

Police said several hours after the attack in Levallois-Perret, a northern suburb of the French capital, that officers had arrested a man on a highway north of Paris as they searched for the driver of the BMW that rammed the soldiers.

Officials said it was too early to say for certain that the man was the person who drove the car into the troops in Levallois.

The officials said the arrest was violent, and police opened fire on and hit the suspect. The other official said the arrest took place on the A16 highway when the man was stopped as police hunted for cars suspected of involvement in the attack. The officials weren't authorized to be publicly named. The condition of the suspect was not immediately clear

The Paris prosecutor's office confirmed in a message to journalists that a terrorism investigation had been launched into the attack.

Appearing on French television, Levallois Mayor Patrick Balkany denounced what he called an "odious attack" and said it was "without a doubt deliberate."

Witnesses, including Balkany, described seeing a BMW with one person inside waiting in a cul-de-sac near a building used for Sentinelle soldiers, two police officials told the Associated Press. One official said the attacker hit just as a group of soldiers emerged from the building to board vehicles for a new shift.

The troops involved were deployed as part of Operation Sentinelle, a stepped-up security stance by soldiers and other forces put in place after the January 2015 terror attack on the Charlie Hebdo magazine, and reinforced after the November 2015 attacks in Paris.

Gerard Collomb told reporters the attack marked the sixth time that soldiers with Operation Sentinelle had been targeted. He said that showed the importance of a new terrorism law permanently enshrining some aspects of the state of emergency in place in France since 2015.

Collomb and French Defense Minister Florence Parly visited injured soldiers at the Begin military hospital near Paris on Wednesday. Parly said they received "reassuring" news about three soldiers initially believed to be seriously injured. She did not provide further details on their conditions.

The U.S. Embassy in Paris warned Americans to avoid the Levallois-Perret area in a tweet.

The incident came less than two months after a man was killed when he rammed a car carrying explosives into a police vehicle in the French capital's Champs-Elysees shopping district, causing a fiery explosion. France's anti-terrorism prosecutor is still investigating that incident.

No police or passers-by were hurt in the Champs-Elysees attack, and it is still unclear why the attacker drove into police, though officials said the incident was apparently deliberate.