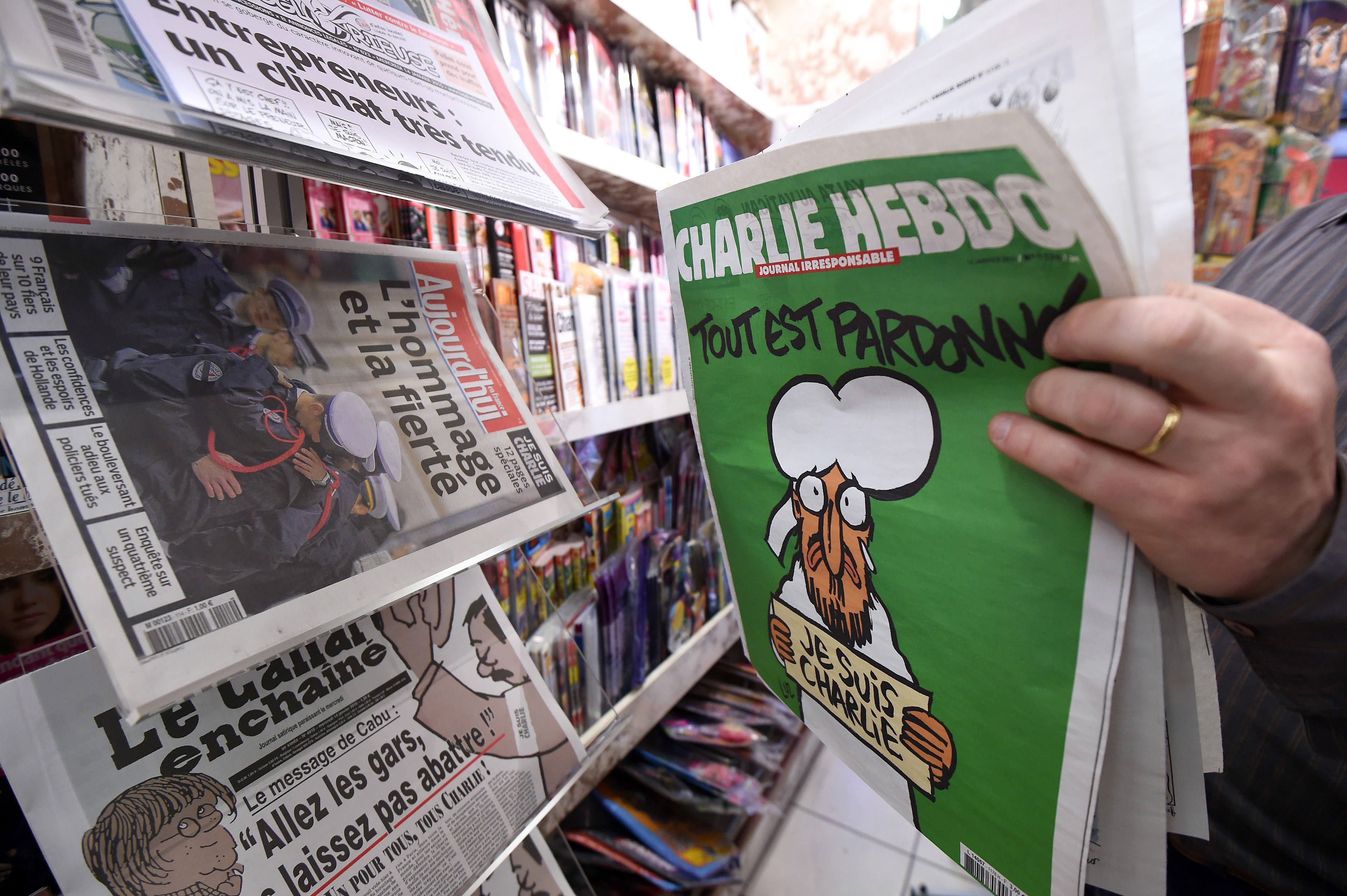 France is on edge since last week's attacks, which began Jan. 7 at the offices of the satirical newspaper Charlie Hebdo. The paper, repeatedly threatened for its caricatures of the Muslim Prophet Muhammad, was burying several of its slain staff members Thursday even as it reprinted another weekly issue with Muhammad on its cover.

Calling it an unprecedented surge, Adm. Arnaud Coustilliere, head of cyberdefense for the French military, said about 19,000 French websites had faced cyberattacks in recent days, some carried out by well-known Islamic hacker groups.

The attacks, mostly relatively minor denial-of-service attacks, hit sites as varied as military regiments to pizza shops but none appeared to have caused serious damage, he said.

"What's new, what's important, is that this is 19,000 sites - that's never been seen before," Coustilliere said. "This is the first time that a country has been faced with such a large wave" of cyberattacks.

According to Arbor Networks, a private company that monitors Internet threats, in the past 24 hours alone, France has been the target of 1,070 denial of service attacks. That's about a quarter as many as the United States, but the U.S. hosts 30 times as many websites.

Coustilliere called the attacks a response to the massive demonstrations against terrorism that drew 3.7 million people into the streets Sunday across France. He pointed to "structured groups" that used tactics like posting symbols of jihadist groups on companies' Web sites.

Two of the Paris terror attackers claimed allegiances to al-Qaida in Yemen, and another - who targeted a kosher supermarket - to the Islamic State group.

The terror attacks in Paris occurred in an atmosphere of rising anti-Semitism in France and have prompted scattered violence against Muslims and Muslim sites around France in an apparent backlash. Since the attacks, French justice officials have been cracking down by arresting dozens of people who glorified terrorism or made racist or anti-Semitic remarks.

French President Francois Hollande insisted Thursday that any anti-Muslim or anti-Semitic acts must be "severely punished." He said France's millions of Muslims should be protected and respected, "just as they themselves should respect the nation" and its strictly secular values.

"In the face of terrorism, we are all united," he said at the Institute of the Arab World in Paris, noting that Muslims are the main victims of Islamic extremist violence.

The government announced Thursday it was giving citizenship to a Malian immigrant who saved several Jewish shoppers last week by hiding them in the kosher market's basement before sneaking out to brief police on the hostage-taker upstairs. Interior Minister Bernard Cazeneuve said he would personally preside over the ceremony for Lassana Bathily next Tuesday.

U.S. Secretary of State John Kerry, who was heading to France later Thursday, said he wants to "share a big hug with Paris and express the affection of the American people for France and for our friends there who have been through a terrible time."

With 120,000 security forces deployed to prevent future attacks, nerves jumped overnight when a car rammed into a policewoman guarding the president's palace. Prosecutors and police said, however, the incident at the Elysee Palace had no apparent links to last week's shootings.

A car carrying four people took a one-way street in the wrong direction then drove off when the police officer tried to stop them. The officer sustained slight leg injuries, police said. Two people were later arrested and two others in the car fled.

Customers lined up again Thursday to try to get copies of Charlie Hebdo's first edition since the attacks. Even though it had a special increased print run of 5 million copies, it sold out before dawn Thursday in Paris kiosks for a second straight day.

Some Muslims, who believe their faith forbids depictions of the prophet, reacted with dismay or anger to the new cover. In Pakistan, lawmakers marched outside parliament Thursday to protest the publication.

A leader of Yemen's al-Qaida branch officially claimed responsibility for the attacks at Charlie Hebdo, saying in a video the slayings were in "vengeance for the prophet." But U.S. and French intelligence officials lean toward an assessment that the Paris terror attacks were inspired by al-Qaida but not directly supervised by the group.

Speaking on the papal plane, Pope Francis expressed his belief that there were limits to freedom of expression, especially when it insulted or ridiculed someone's faith. He used as an example Alberto Gasparri, who organizes papal trips and was standing by his side.