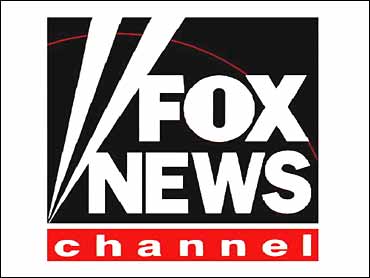 Carl Cameron, a Fox reporter who covers the Kerry campaign, wrote an item that looked like a news story with made-up Kerry quotes, said Paul Schur, a Fox spokesman. The item was not intended to be posted on the site.

"Carl made a stupid mistake which he regrets," Schur said Friday night. "And he has been reprimanded for his lapse in judgment. It was a poor attempt at humor."

"Rallying supporters in Tampa Friday Kerry played up his performance in Thursday night's debate in which many observers agreed the Massachusetts senator outperformed the president.

"With the foreign-policy debate in the history books, Kerry hopes to keep the pressure on and the sense of traction going.

"Aides say he will step up attacks on the president in the next few days, and pivot somewhat to the domestic agenda, with a focus on women and abortion rights.

"'It's about the Supreme Court. Women should like me! I do manicures,' Kerry said."

The item also quoted Kerry as saying of himself and President Bush: "I'm hetrosexual - he's a cowboy."

After withdrawing the item, Fox posted a statement on its Web site apologizing for the error. It said: "The item was based on a reporter's partial script that had been written in jest and should not have been posted or broadcast. We regret the error, which occurred because of fatigue and bad judgment, not malice."

Cameron has been a political reporter for Fox News since 1996, Schur said.

Asked about the incident, Kerry spokesman David Wade said: "America would be stronger if only George Bush could admit his mistakes as easily."