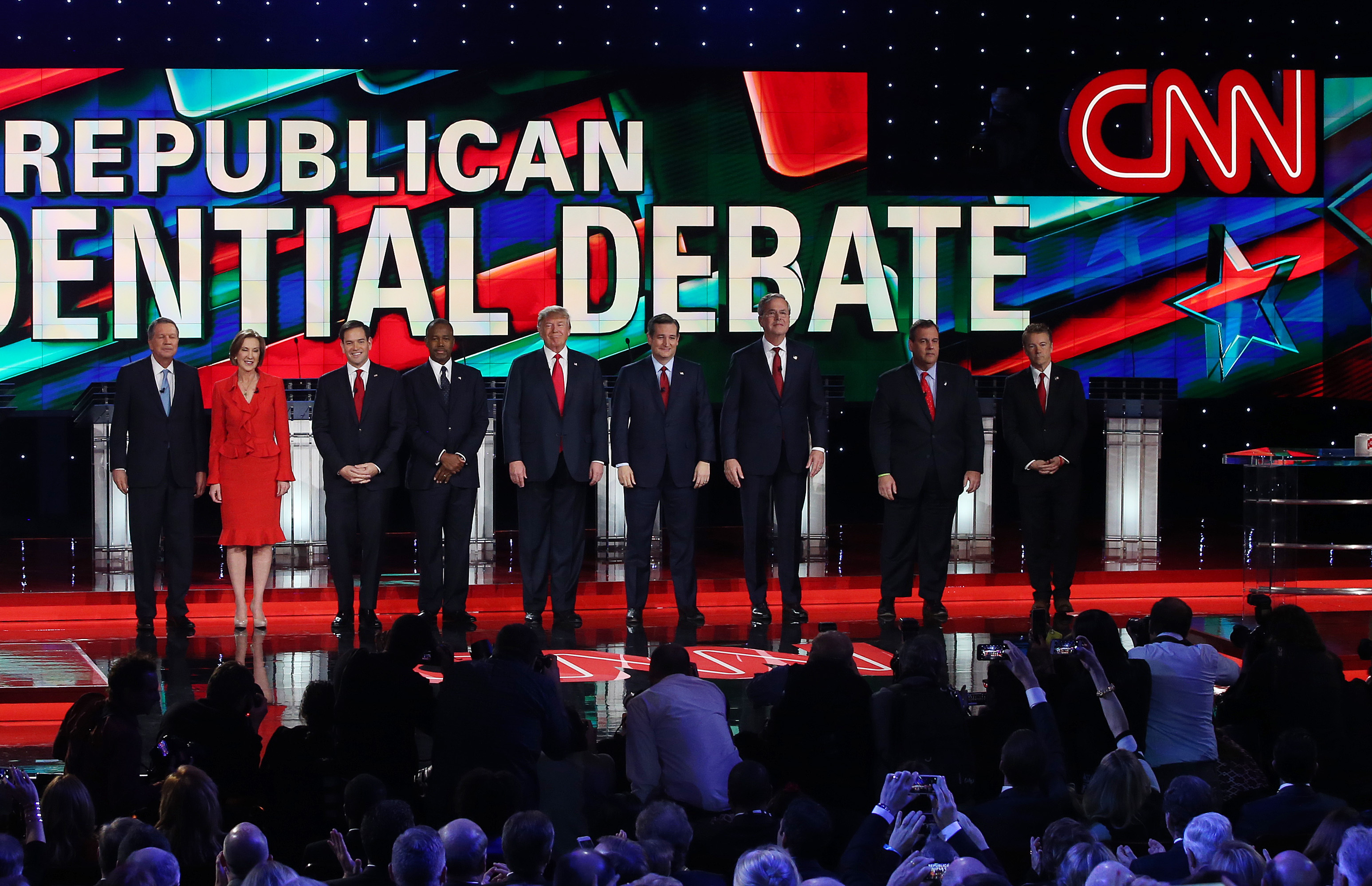 Fox Business Network has released the criteria for its second Republican debate on Jan. 14, in North Charleston, South Carolina, and there will likely be fewer candidates standing on the main stage this time around.

Ties notwithstanding, FBN could have just six people on the main primetime debate stage for the mid-January debate. The primetime debate will require candidates to rank in the top six nationally or the top five in Iowa or New Hampshire.

The business network's threshold demands candidates place in the top six "based on an average of the five most recent national polls recognized by Fox News," or the top five in Iowa or New Hampshire, based on state polls selected by Fox News.

The polls used to select the candidates will rely on live interviewers, random digit-dial sampling techniques and include both landlines and cell phones.

The remaining candidates will be relegated to the undercard debate that airs earlier in the evening. And those candidates must register one percent in one of the five most recent national polls.

Rand Paul has already said he won't participate in the undercard debate if he doesn't meet the criteria for the primetime debate. "It's the kids table and at that table you're not considered to be a competitor," Paul said in a radio interview on "Kilmeade and Friends." "Not considered to be having a chance."

He also made his argument for competing in the top tier. "I've got 800 precinct chairman in Iowa. I've got a 100 people on the ground working for me. I've raised 25 million dollars. I'm not gonna let any network or anybody tell me we're not a first-tier campaign."

"If you tell a campaign with three weeks to go that they're in the second-tier, you destroy the campaign," Paul added.

The debates will follow a similar format to the network's first GOP debate in November and will focus on economic, domestic and international policy issues.