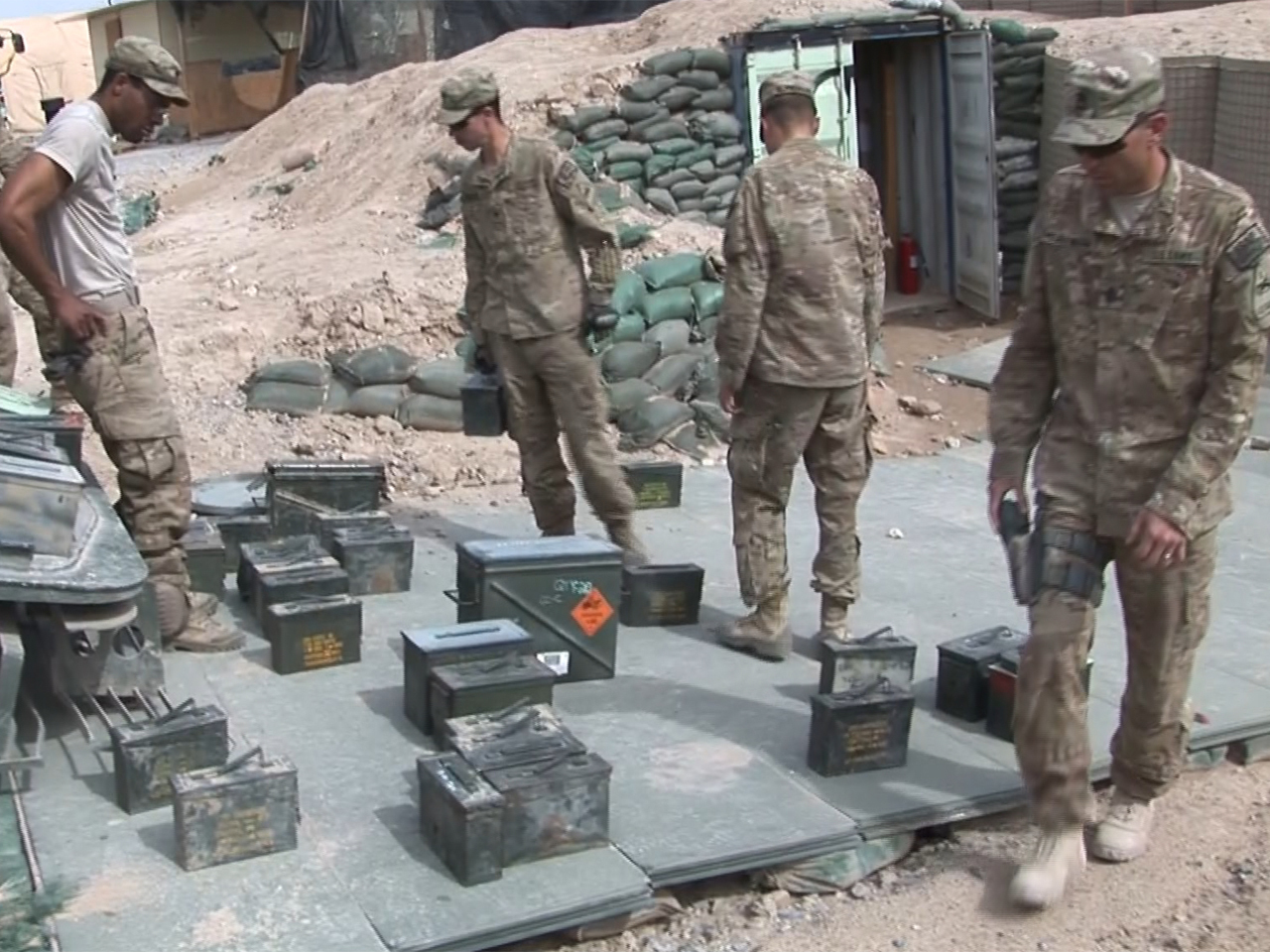 KABUL, Afghanistan A bomb killed four U.S. soldiers in southern Afghanistan on Sunday, American and Afghan officials said. They were the latest casualties in a 12-year conflict that shows no signs of slowing down despite a drawdown in foreign forces.

The U.S.-led international military coalition says four of its service members were killed in the south, and a military official confirmed all were Americans killed by an "improvised explosive device."

Their deaths bring the toll among foreign forces to 132 this year, of which 102 are from the United States. At least 2,146 members of the U.S. military have died in Afghanistan as a result of the U.S.-led invasion of Afghanistan in late 2001, according to an Associated Press count. They are part of a total of nearly 3,390 coalition forces that have died during the conflict.

They were killed on the eve of the 12th anniversary of the Oct. 7, 2001 invasion, which led to an insurgency that shows no signs of abatement and a war that has become largely forgotten in the United States and among its coalition allies despite continued casualties suffered by their forces on the ground.

Javed Faisal, a spokesman for the governor of Kandahar, confirmed the four Americans were killed in the province by an IED. He had no further details.

NATO said in a statement that the four were killed during an operation in the south alongside Afghan troops, but did not provide any further details or their nationalities. The NATO official spoke on condition of anonymity because he was not authorized to speak publicly.

IEDs, which include remotely detonated roadside bombs and improvised landmines, are one of the top killers of Afghan and foreign soldiers as well as civilians.

The attack came as Afghan security forces take over the brunt of the fighting after the coalition handed over security responsibilities for the country earlier this summer. This year, an average of least 100 Afghan soldiers and police have died each week, while foreign forces have stepped back from direct fighting and moved into a train and assist role.

The insurgency has tried to take advantage of the withdrawal of foreign forces to regain territory around the country, especially in their eastern and southern strongholds.

The anniversary also coincides with the registration of candidates for next April's presidential elections, the first independent vote organized by Afghanistan without direct foreign assistance. By Sunday, the deadline for registration, at least a dozen people had submitted their candidacies for the top office.

The 2001 invasion targeted al-Qaeda and its Taliban allies shortly after the Sept. 11 attacks on the United States, which claimed nearly 3,000 lives.

Victory in Afghanistan seemed to come quickly. Kabul fell within weeks, and the hard-line Taliban regime was toppled with few U.S. casualties.

But former President George W. Bush's shift toward war with Iraq left the Western powers with reduced resources on the ground and allowed the Taliban to regroup. By 2006, the Taliban had turned into a serious military threat and President Barack Obama deployed more troops to Afghanistan, and casualties increased sharply.

But the American public grew weary of having its military in a perpetual state of conflict, especially after the withdrawal of American troops from Iraq. That war, which began with a U.S.-led invasion in 2003 to oust Saddam Hussein, cost the lives of nearly 4,500 U.S. troops, more than twice as many as have died in Afghanistan so far.

Obama first withdrew the 30,000 U.S. troops he sent to Afghanistan as part of a surge and has begun drawing down the rest, with all foreign combat forces to leave the country by the end of 2014. There are currently less than 100,000 coalition troops in Afghanistan, with about half from the United States. That number is expected to be halved by February, with U.S. numbers going down to about 31,000.