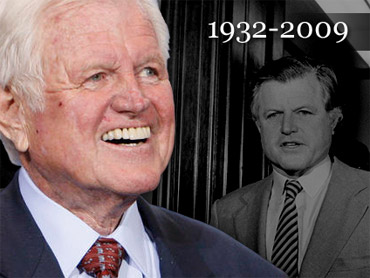 It will be an historic week in Massachusetts as voters go to the polls to begin the process of replacing a legend. Sen. Ted Kennedy died in August, and his successor will likely be decided this Tuesday on primary election day. CBS News correspondent John Dickerson has a preview.

It should be a great race. Ted Kennedy served in the Senate for 47 years, meaning that in the Democratic stronghold of Massachusetts a vacant Senate seat is as rare as an elected Republican.

"This is a seat of history," said the interim senator, Democrat Paul Kirk, noting that Daniel Webster, John Quincy Adams, Charles Sumner, and President John F. Kennedy all held it.

But voters are not hearing the call of history.

"This race has been sort of like Gertrude Stein's famous description of Oklahoma - 'There's no 'there' there,'" said Jon Keller, political analyst for CBS Station WBZ in Boston. "In fact there have been polls suggesting that the majority of voters didn't even know there was an election going on next week."

The candidates have been trying to get attention. The front-runner is Massachusetts Attorney General Martha Coakley, who's been boasting about taking on investment bankers and not tying herself to the Kennedy legacy

"Ted Kennedy taught me that Washington's a tough town," he said in a television ad. "We have to stand and fight when it really matters."

Alan Khazei, a community activist, is trying both - invoking Kennedy and bashing Washington.

"if you want to change Washington, I think we need a change right here," Khazei said in his own advertisement.

The Kennedy family has not endorsed any of the four Democrats, which also includes Celtics co-owner Steven Pagliuca. Electoral fireworks have also been limited because there are few policy differences and voters are distracted because the primary is sandwiched between Thanksgiving and Christmas.

There is a Republican running for Kennedy's seat so Tuesday's winner will face a challenger in January but even in Massachusetts where the Red Sox have taught them to believe in hope over experience, Republicans expect the Democrat to win in a walk.