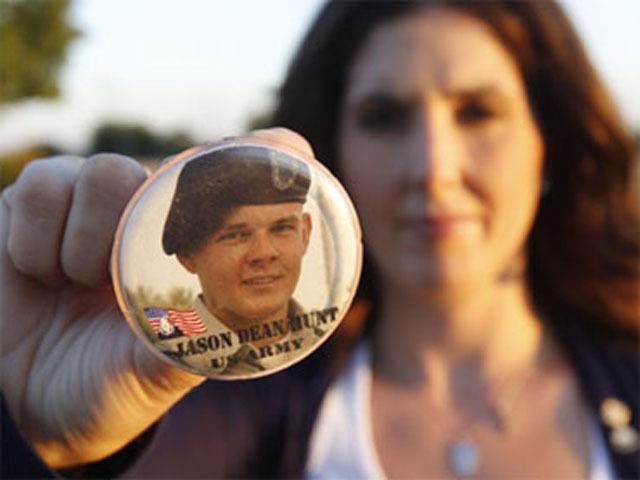 WASHINGTON On the third anniversary of the Fort Hood rampage, 148 victims and family members sued the government Monday for compensation for the attack allegedly carried out by an Army psychiatrist who is awaiting trial.

The shooting at the Army base in Texas killed 13 people and wounded more than two dozen others.

The lawsuit alleging negligence by the government said that the Defense Department is avoiding legal and financial responsibility for the killings by referring to the shootings as "workplace violence" rather than as a terrorist attack.

The group also is suing the estate of Anwar al-Awlaki, a radical U.S.-born Islamic cleric who the victims say inspired the Army psychiatrist, Maj. Nidal Hasan, to carry out the attack. The two men exchanged emails before the shootings.

A year before the attack, the FBI uncovered the communications between Hasan and al-Awlaki, but failed to disclose the information to the Defense Department.

Al-Awlaki was killed in Yemen last year by a U.S. drone strike.

The victims and families said the U.S. military knew four years before the Nov. 5, 2009, shootings that the accused killer was a fanatic Islamist extremist who supported jihad, suicide attacks and violence.

The lawsuit seeks unspecified compensatory and punitive damages. Last year, 83 of the victims and family members filed administrative claims that sought $750 million in compensation from the Army. Neal Sher, an attorney for the victims, said the government has "ignored these claims and under the law we really have been left with no choice" but to sue.

In a conference call with reporters, former Staff Sgt. Shawn N. Manning, who was shot six times by Hasan, said that the terrorism designation which the victims are seeking would cover the cost of the medical services that he requires. The terrorism designation would mean that the wounds the victims suffered qualify as combat-related, resulting in "a huge difference in benefits," said Manning, who was medically discharged from the military about a month ago.

Manning and Sher spoke during a telephone conference call that linked lawsuit participants from several locations.