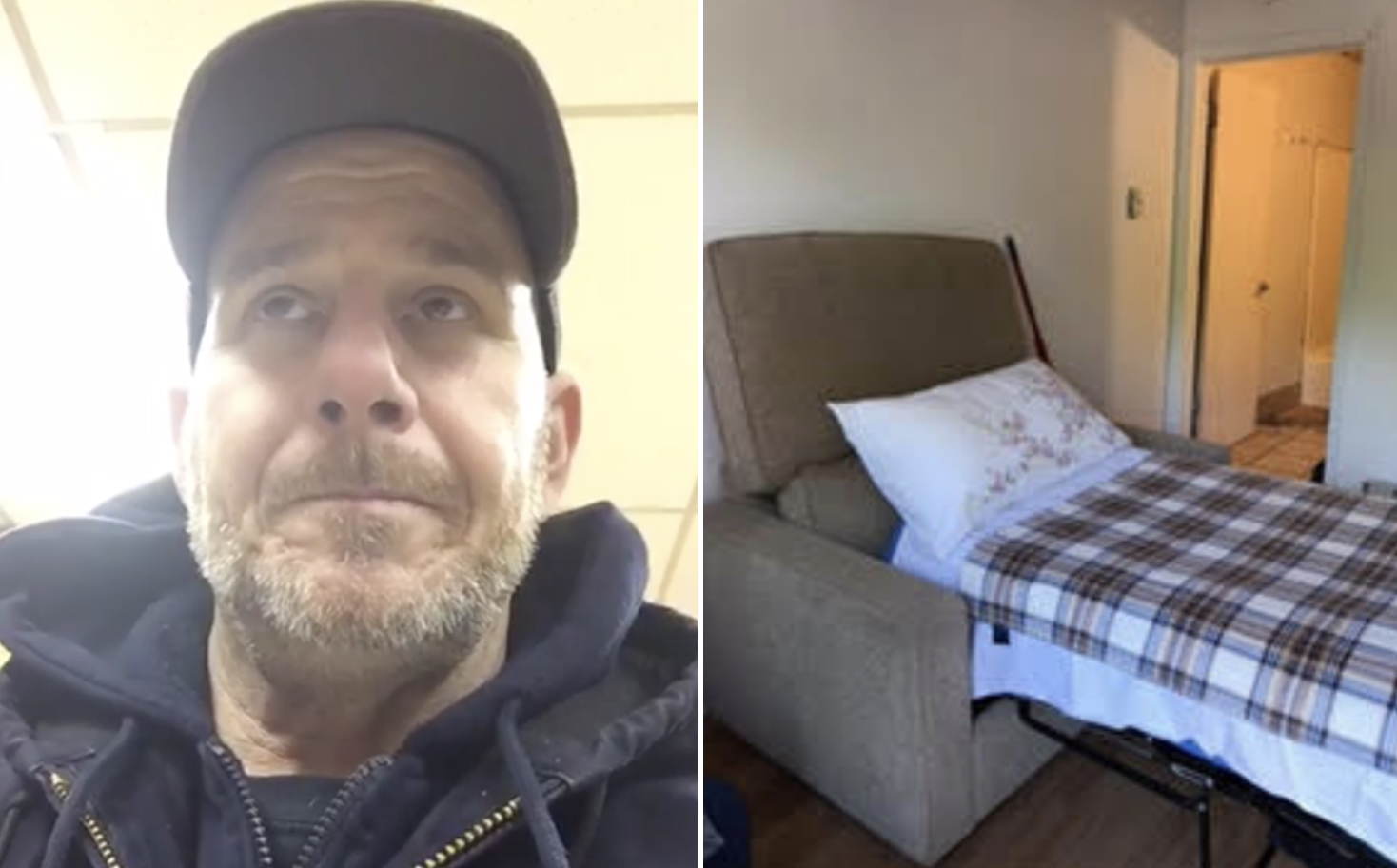 For years, Jean Manganaro has been walking the streets of Louisville, Kentucky, in search of homeless people to help.

The 48-year-old knows what it's like to be dealt a bad hand. Manganaro was homeless as a teenager, living on the streets of Smithville, New Jersey.

"I came home from school before my 16th birthday and my parents had left me," Manganaro told CBS News. "I came from a really dysfunctional, alcoholic family — a lot of abuse."

Manganaro got involved in drugs and alcohol, and ended up in juvenile hall.

"There really wasn't anything for kids. There was no shelter, nothing," Manganaro said. "I got in a lot of trouble."

It wasn't until he was 29 that Manganaro was able to turn his life around. He moved to Florida to find his brother after drug use destroyed his career and relationship.

"Here's the thing about alcoholism and addiction: it steals time and opportunity from you," Manganaro said.

Then one day he went to a 12-step meeting, where he was introduced to a man who offered him a place to live. The man gave Mangano two weeks to find a job. During those weeks, he was able to live rent-free, but after the two-week mark he had to pay.

"I found a job that day," Manganaro said. "He took a chance on me."

Nearly two decades later, Manganaro is now giving others that same opportunity by opening his own recovery center, the Gratitude House.

Four years ago, Manganaro founded Fed with Faith, a non-profit organization that supports the local homeless community by providing free meals and housing assistance. Volunteers pass out an average of 8,000 meals a year.

But Manganaro wanted to do more.

"We had a couple clients we served on the street who wanted to get sober and I couldn't get them into halfway houses or programs," Manganaro said. "I saw a hole in the system."

Last year, he decided to purchase a run-down building. With assistance from volunteers and donations, Manganaro was able to turn it into a homeless shelter.

"I'm 18 years sober, and this is where God wants me to be — in a bad neighborhood in West Louisville," Manganaro said.

The shelter, which officially opened on Monday, now has five residents. Manganaro says he's working on fixing up even more rooms for rent.

The building will eventually house 15 clients. There will also be a common room downstairs for those who want to attend AA meetings or Bible studies.

"We'll accept the people no one will take," said Manganaro, adding that one of the most common reasons homeless people are turned away from shelters is because of pets.

The rules will be similar to those Manganaro once followed.

Tenants will first have to pass a drug test. Once they pass, they'll be given two weeks to find employment and two more weeks to start paying rent at $85 a week.

It's still too early to see concrete results, but Manganano is confident the Gratitude House will change lives.

"It's not like we focus on this end game — you're going to be 100 percent," Manganaro explained. "We just want to help with the transition and help some of our guys find work."