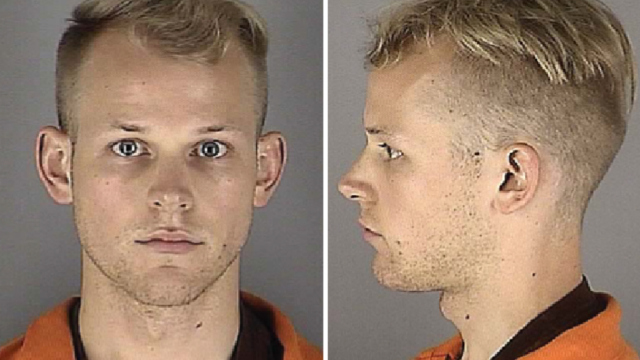 MINNEAPOLIS -- A former student at the University of Minnesota has been arrested for allegedly raping two women he met at college parties, CBS Minnesota reports.

Daniel York Drill-Mellum was arrested on Christmas Eve, according to the station. The 22-year-old faces five felony counts of criminal sexual conduct in connection with the alleged 2014 incidents.

In one of the criminal complaints, one of the victims reported she had been assaulted by Drill-Mellum at a Halloween party hosted in a campus fraternity house, according to CBS Minnesota. The then-18-year-old victim says she was led to a laundry room by the suspect.

The two began kissing until he allegedly started putting his hands up her shirt. It was at this point she asked him to stop, she told police, adding that he forced himself on her and said "I know you want this."

The victim told investigators the more she struggled, the more aggressive Drill-Mellum got, reports the station.

A separate complaint alleges that Drill-Mellum assaulted a 19-year-old woman a week later.

After meeting at a party at an apartment complex, the woman told police that they had gone to his apartment across the street to get more alcohol. Once there, he offered her vodka and began kissing her, the complaint says.

She reportedly told law enforcement officials that she said she wanted to go back to the party, but that the suspect persisted, according to CBS Minnesota.

The woman said that she later performed oral sex on him in hopes that he would let her go. However, the complaint says she told police he began to hold her down on the bed and violently assault her.

The woman was later taken to the emergency room, bleeding with multiple lacerations, according to the station.

Drill-Mellum was reportedly scheduled for an appearance in Hennepin District Court Monday afternoon.