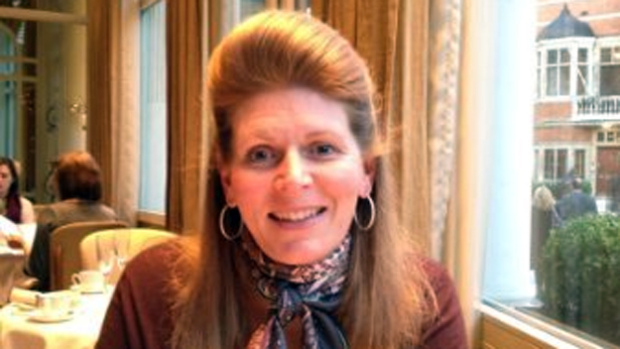 NEW YORK - A former executive from Tiffany & Co. was sentenced to one year and one day in prison Friday for stealing more than $1.2 million in jewelry from its famous Fifth Avenue location.

Ingrid Lederhaas-Okun had pleaded guilty this year to one count of interstate transportation of stolen property. Her lawyer had asked for a sentence of six months while the government sought at least three years.

"I'm very sorry for everything that's happened," a tearful Lederhaas-Okun told the judge before hearing the sentence in federal court in New York City. "I can't express my remorse enough."

U.S. District Judge Paul G. Gardephe rejected prosecutors' arguments that the 46-year-old defendant was motivated by greed, noting that she came from a privileged background, made $360,000 a year at Tiffany and lived in a $4 million house in upscale Darien, Connecticut.

Her attorney claimed that she suffered from depression and cracked under the pressures of not being able to have children, getting passed over for a promotion at Tiffany and seeing her marriage crumble.

But Gardephe said it was impossible to know what set Lederhaas-Okun on a path of "self-destruction which could only have one outcome - disaster." He also said she deserved more than six months because of how long the thefts went on and the fact that she tried to resell some of the jewelry.

"This was not a crime of impulse," he said. "The defendant made many bad decisions over many years."

As vice president of product development, Lederhaas-Okun had authority to check out jewelry from Tiffany to provide to potential manufacturers in order to determine production costs. Authorities alleged that after she left Tiffany in February, the company discovered she had checked out 164 items that were never returned.

When confronted about the missing jewelry, Lederhaas-Okun claimed that she had left some of it behind at Tiffany and that some had been lost or damaged, according to a criminal complaint. But an investigation found that Lederhaas-Okun resold some of the goods to an unidentified international dealer for more than $1.3 million. Other items were found in her home.

Bank records showed that since January 2011, the dealer wrote 75 checks to her or her husband for amounts of up to $47,400, the complaint said. Investigators also recovered purchase forms signed by Lederhaas-Okun that said the items were her personal property.

Authorities alleged Lederhaas-Okun purposely checked out items valued at under $10,000 apiece to avoid detection. The company takes a daily inventory of all checked-out items worth more than $25,000.