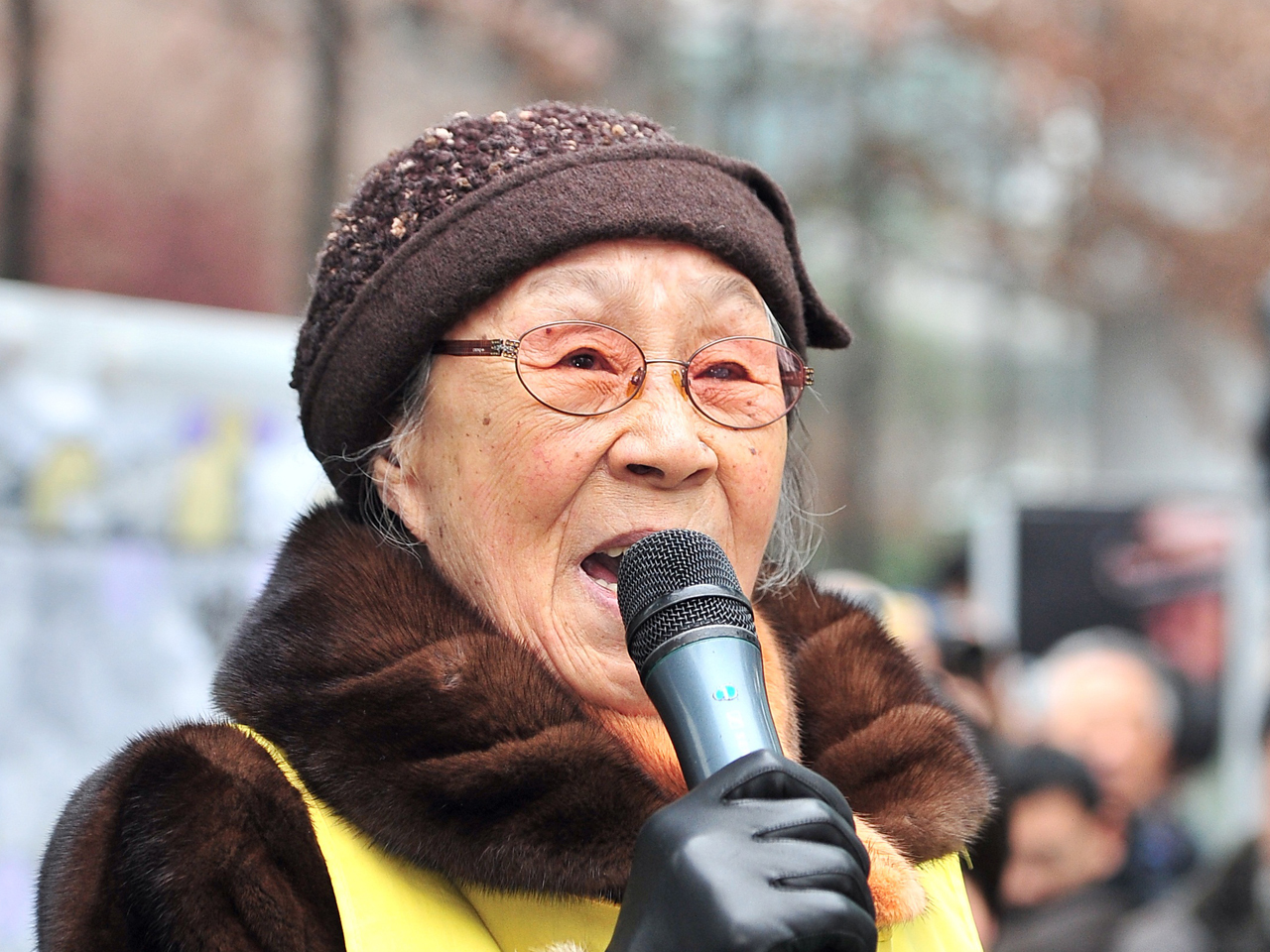 OSAKA, Japan Two Korean former sex slaves demanded the resignation of an outspoken Japanese mayor and canceled a meeting with him Friday for justifying Japan's wartime practice of forcing tens of thousands of Asian women into prostitution for its military.

Osaka Mayor Toru Hashimoto, also co-leader of a nationalist party, enraged Japanese neighbors last week by saying the use of so-called comfort women — mostly from South Korea and China — in frontline brothels before and during World War II was necessary to maintain military discipline and give soldiers relief.

Supporters of the two women in their 80s, Kim Bok-dong and Kil Won-ok, said there would be nothing to talk about because Hashimoto has showed no remorse over his remarks. They suspected he may have wanted to use the meeting — to be broadcast live on TV — to appear friendly with them and calm public criticism, the supporters told journalists.

The women, who did not appear in public, said in a statement they were heartbroken by Hashimoto's "outrageous comments" and didn't want to be seen contributing to a less-than-sincere apology.

Instead, they demanded that Hashimoto, 43, apologize and resign as mayor of Japan's second-biggest city.

"We cannot compromise our painful past as victims and the reality that we still live today for Mayor Hashimoto's apology performance," the women said in a statement. "We don't need to be trampled on again."

Hashimoto also angered the U.S. by suggesting American troops based in southern Japan should patronize legal adult entertainment establishments as a way to reduce sex crimes there.

The women, regulars at a weekly protest outside the Japanese Embassy in Seoul, and their supporters originally requested a meeting with Hashimoto last year, which was rejected. Hashimoto suddenly told them they could meet with him the day he made the inflammatory comments on May 13, Japanese supporters said. They said the timing seemed odd, and were skeptical about his motive.

Kil, who arrived in Japan last week for a series of meetings with civil groups, including in Okinawa, has said she was saddened and enraged as Hashimoto doesn't seem to regret what he said.

Both women have said in past accounts of their ordeals that they were deceived into becoming sex slaves to Japanese soldiers.

Kim was recruited to work at a military uniform factory when she was 15, but ended up at a military-run brothel in Guangdong in southern China. She was dragged across Asia, from Hong Kong to Singapore and Indonesia until the end of war. She had to take an average of 15 soldiers per day during the week, and dozens over the weekend. She and other girls were closely watched by guards and could not escape.

Hoping to help her poor family, Kil took a factory job in 1940 when she was only 13. But she was sent to China, where she was repeatedly raped until the war's end in 1945.

Historians say up to 200,000 women, mainly from the Korean Peninsula and China, were forced to provide sex for Japanese soldiers. While some other World War II armies had military brothels, Japan is the only country accused of such widespread, organized sexual slavery.

His comments come amid concerns in China and South Korean over a series of nationalistic events and remarks coming from Abe's government, which took power after winning elections in December. In April, several Japanese government ministers and nearly 170 lawmakers visited Tokyo's Yasukuni Shrine, which memorializes 2.3 million war dead, including 14 wartime leaders convicted of war crimes.

Before taking office, Abe advocated revising a 1993 statement by then-Chief Cabinet Secretary Yohei Kono expressing remorse for the suffering caused to sexual slaves of Japanese troops, but his chief Cabinet secretary says there are no plans to revise the apology.

However, Abe has suggested his Cabinet does not necessarily support all of a 1995 apology by then-Prime Minister Tomiichi Murayama, which is seen as Japan's main expression of remorse for its wartime and colonial past.

Tokyo in 1995 initiated a fund of private donations as a way for Japan to pay former sex slaves without providing official compensation. But many comfort women have rejected the fund, demanding a government apology approved by parliament, along with compensation paid by the government.

Hashimoto attributed the backlash against his comments to a lack of sensitivity on his part. The U.S. State Department called his remarks "outrageous and offensive."

Hashimoto has also lashed back at his critics through Twitter, insisting that organized sex services were needed to prevent sex crimes by American troops during the 1945-1952 U.S. occupation following Japan's defeat in World War II.