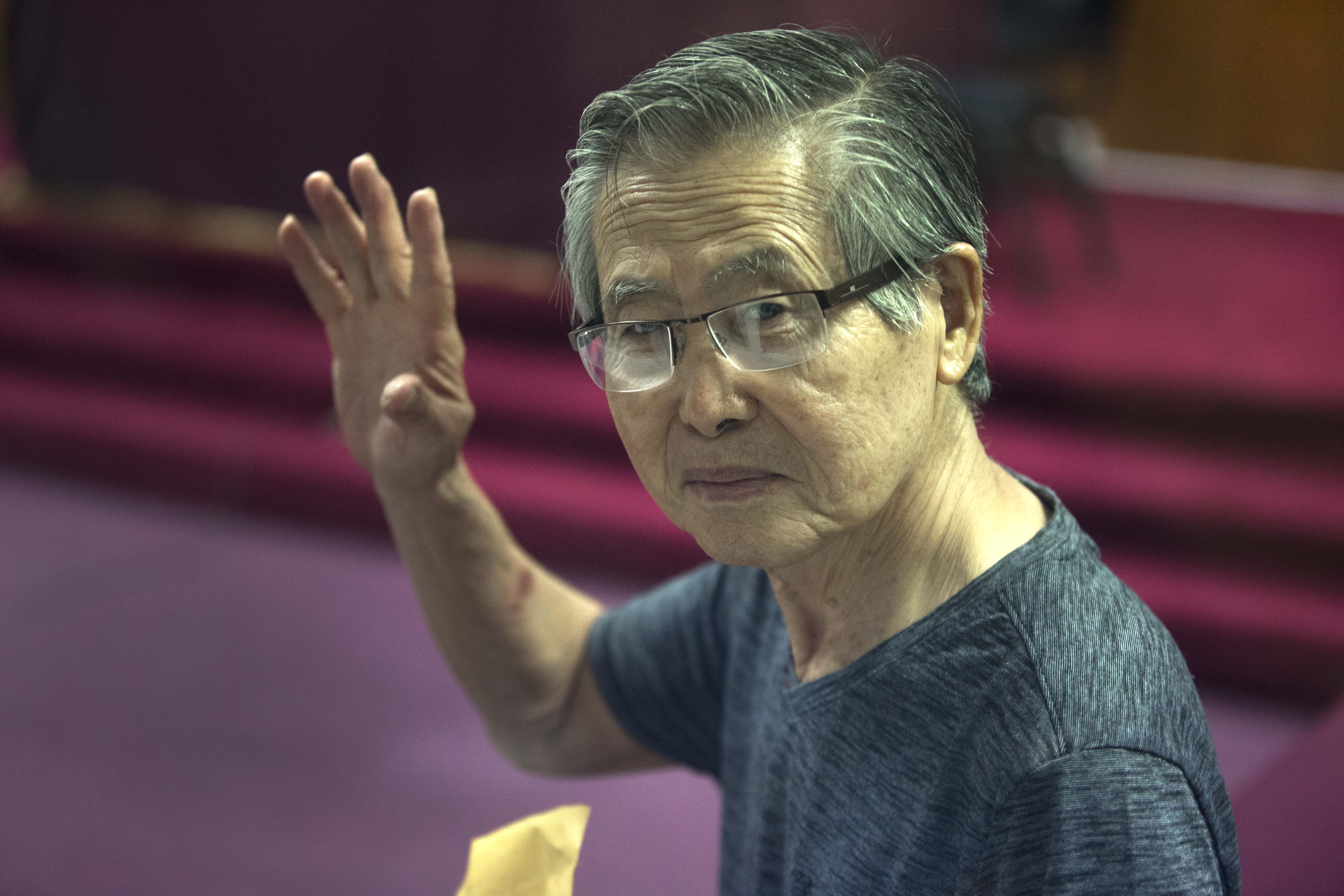 LIMA, Peru - A three-judge panel in Peru convicted jailed former President Alberto Fujimori on Thursday of funneling more than $40 million in public funds to tabloid newspapers that smeared his opponents during his 2000 re-election campaign.

The conviction was the fifth for the 76-year-old Fujimori.

The judges sentenced him to eight years in prison and fined him $1 million. The sentence will run concurrently with the stiffest he has received to date: 25 years for murder in the military death-squad killings of 25 people. He has two additional convictions for corruption and one for abuse of power.

During sentencing, Fujimori wrote on sheets of blank paper on a courtroom desk that the money he was convicted of diverting was used to build airstrips and medical posts in towns "infiltrated by the Shining Path" rebel movement.

After the sentence had been read, he rose to his feet and said: "I don't agree with the sentence, in no way. I am going to appeal."

The tabloids, for which witnesses in a previous trial said Fujimori personally dictated headlines, were sold in Peru's poorest neighborhoods, where they would be displayed outside kiosks. Typically, the tabloids would carry headlines alternately calling Fujimori opponents crazy, communists and homosexuals.

Fujimori initially was hailed for defeating runaway inflation and the Shining Path rebels during his decade in power, but he became increasingly autocratic and stained by corruption.

He fled from Peru in 2000 amid a bribery scandal and was extradited in 2007 from Chile, where he was arrested trying to return to his homeland to attempt a political comeback.

He is Peru's most expensive prisoner, costing the state $157,000 a year, authorities say.