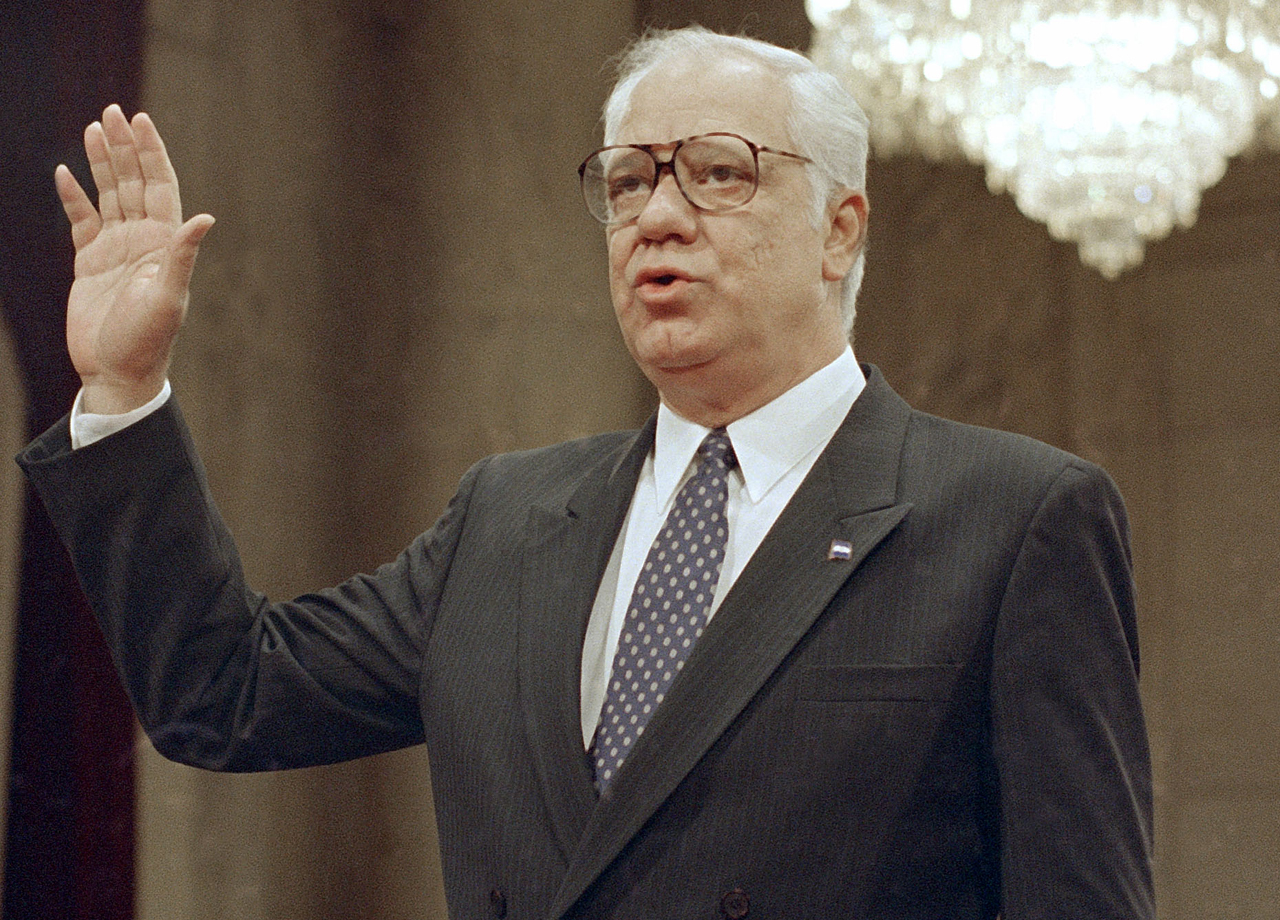 (AP) MANAGUA, Nicaragua - Adolfo Calero, who led the largest force of U.S.-backed rebels against Nicaragua's Sandinista government in the 1980s and found himself entangled in the Iran-Contra scandal, has died at age 80.

Calero died Saturday of lung problems in the Nicaraguan capital of Managua, his aide Julio Romero confirmed on Sunday.

As leader of the Nicaraguan Democratic Force, Calero helped pressure the Marxist Sandinistas toward the elections that pushed them from power in 1990.

He also was the key contact with senior U.S. officials during the Iran-Contra affair, when Reagan administration officials secretly arranged the sale of weapons to Iran to finance the Central American rebels, bypassing Congressional restrictions.

Calero attended the University of Notre Dame in Indiana and told a U.S. congressional committee in 1987 the experience awakened him to the value of freedom.

He said he returned home in the mid-1950s as "a knight in democratic armor, in my own country," opposing first the right-wing Somoza dictatorship that ruled Nicaragua for 43 years and later the leftist Sandinistas, who ousted the Somozas in 1979 with broad public support.

"When Somoza was driven from our country, we had a right to expect that our dreams of democracy would be fulfilled. Instead, we got the Soviet totalitarian regime, an oppressive dictatorship operated by the Soviet Union and its proxy, Cuba."

Calero was a prominent figure in Nicaragua's Conservative Party and worked against Anastasio Somoza, even meeting in 1978 with Sandinista leaders to overcome differences in the struggle against the dictator.

But when the Sandinistas pulled the government sharply left, Calero, who had headed the local Coca Cola bottling company, went into exile in Florida.

By 1983 emerged as the political head of the Nicaraguan Democratic Force, the largest of the Contra groups, organized with U.S. aid. It claimed to have 22,000 men under arms at its height.

The conflict killed thousands and added to economic chaos in the country. It eventually led to international mediation and the Sandinistas agreed to accept free elections if the Contras demobilized. The resulting vote removed the Sandinistas from power in 1990, though another election returned Sandinista leader Daniel Ortega to the presidency in 2007.

Ortega's brother Humberto, who led the military during the 1980s, recalled dealing with Calero during peace talks that helped lead to the 1990 election.

"We broke the tension with cordiality and then there was fluidity to the negotiations," Ortega said in an email to The Associated Press. He sent condolences to Calero's family.

Calero denied knowing that any funds donated to the rebels had come from the Iranian weapons sales, but acknowledged in 1987 that three former U.S. military officers had helped them buy more than $18 million in military equipment at a time when direct U.S. arms aid was suspended. Another $14 million in donations were used to buy food, clothing and other supplies, he said.

Some of that money was turned into travelers checks and he told congressional investigators that he had given then-White House aide Oliver North about $90,000 of that to help in the liberation of U.S. hostages in Lebanon.

"I used to tell Col. North, frankly, everything. I had no reservation. I had full confidence and trust in him," Calero testified.

After the Sandinistas left power, Calero returned to Nicaragua, recovering the home the leftist rulers had confiscated from him, and practiced law.

Conservative U.S. Congressman Mario Diaz-Balart of Florida issued a statement of condolences on Saturday, calling Calero "the symbol of a country struggling to regain its freedom."

As he was buried Sunday in Managua, relatives showed a photograph of Calero with Ronald Reagan, who had signed it: "For Adolfo Calero. Our fight for justice and democracy in Nicaragua will prevail."

He is survived by his wife, Maria Ernestina Lacayo de Calero, as well as a daughter and three grandchildren.