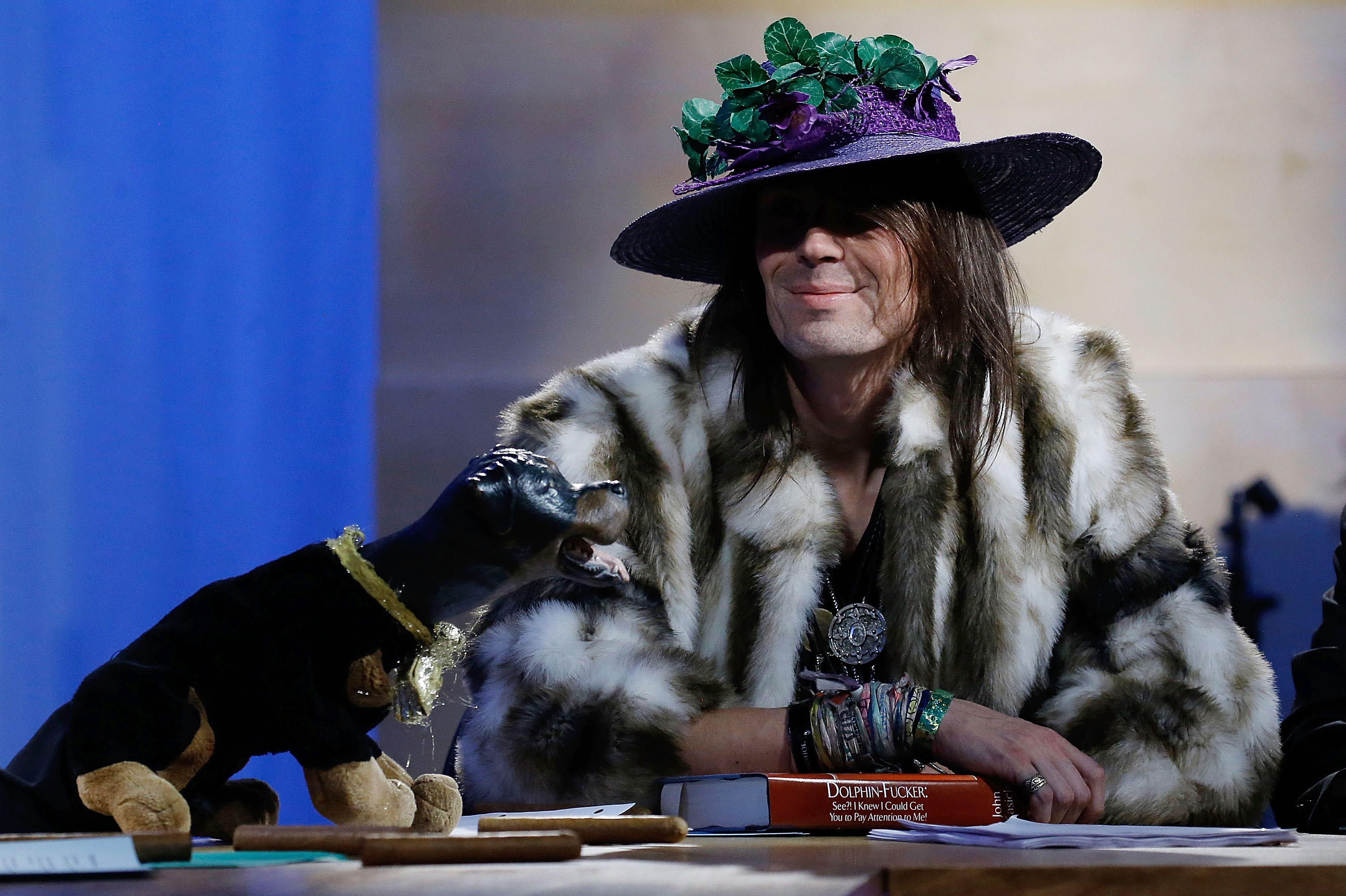 Riverside, California police tweeted Tuesday that Jesse Camp, best known as a VJ on MTV in the late 1990s, has been found. He was reported missing by his sister, Marisha Camp, after she stopped hearing from him over a week ago.

Riverside Police said Camp was "contacted by a local law enforcement agency a short time ago and not in need of any assistance."

Marisha posted on her Instagram Story that if anyone sees him, to "please let him know that many, many people care."

The Riverside Police Department told ET on Monday that Marisha "filed a report with our department last week on the 19th stating he was missing," and through friends, she spoke with someone who claimed that her brother was last seen in Riverside, California, though it hasn't been confirmed that he was actually there. Police say that he was last seen in Fontana, California, on Thursday morning.

Marisha posted a number of videos of Jesse, whose real name is Josiah, and wrote, "If anyone has seen or heard from my brother Jesse since Saturday, please, please, please reach out to me or ask him to call home!!!" She said she's thankful to people "who reached out to express their concern and support after my brother Jesse went MIA."

According to police, Jesse's sister reported that she last spoke with her brother "around the 11th or the 12th" of July, which she said was "unusual." Police also told ET that Marisha said Jesse "may have been depressed lately."

"Right now we do not see anything dealing with foul play," a police spokesperson added to ET. "We don't have any suspicion or reason to believe that he's in any danger."

The Riverside Police posted to their Facebook page and asked for information about Jesse, but also said that "there does not appear to be anything suspicious at this time."

A Fontana Police Department spokesperson explained to ET on Monday that an officer stopped Jesse outside a Sherwin Williams paint store in Fontana for a "pedestrian check" on July 19 at 10:20 a.m., before his sister filed the missing persons report. A bike patrol officer verified Jesse's ID and left after confirming that Jesse was OK, ET reports. It's not known why the officer conducted the check.

In May, Fontana Police booked and released the former MTV VJ for alleged possession of methamphetamine, but there was no additional information available.

Jesse won MTV's first "Wanna Be a VJ" in 1998. He became famous for his shaggy hair and irreverence. Later, he had a stint as a rocker with a 1998 album called "Jesse & the 8th Street Kidz." He has mostly been out of the spotlight in recent years, but appeared on a Funny Or Die program called "Triumph's Election Special" in 2016.