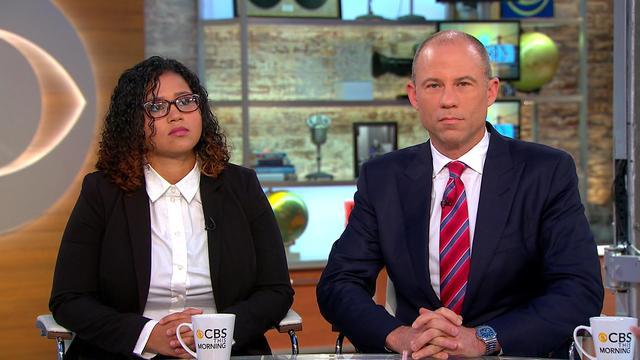 For the first time, we are hearing from someone who worked inside one of the facilities caring for undocumented children separated from their parents. On Wednesday, "CBS This Morning" showed cellphone videos from inside the Cayuga Centers in New York, where groups of children can be seen in what look like classrooms. At one point, a girl starts to cry because she can't speak to her mother.

Pamela Baez is the former Cayuga Centers employee who recorded those videos and said she quit because of what she calls "injustice." Baez and attorney Michael Avenatti, who provided the videos to CBS News, joined "CBS This Morning" on Friday to discuss what life is like inside those shelters and the process of reunification, which Avenatti said is simply not happening.

"A lot of these kids they have no idea where their parents are," Baez said. "I think that what made me pull out a phone was knowing that these kids….it was affecting them tremendously." Baez added that she saw lots of "psychological trauma" happening.

The facility has not commented on her allegations or the circumstances of her departure. In a statement to CBS News, Cayuga Centers says its "staff members go far beyond the requirements of their jobs in ensuring the safety and comfort of all unaccompanied children referred to their program."

Though the kids are allowed communicate with their parents by phone, according to Baez, there aren't enough phones available to accommodate all the calls, and sometimes families don't know how to reach each other.

"I saw that the kids will start automatically crying because they didn't have the opportunity to speak to their parents that have been in detention centers. For example, I had a minor that didn't speak to his mom for a month and a half because he didn't know the situation," Baez said.

Avenatti, who gained recognition as the lawyer for adult film star Stormy Daniels, said he represents more than 60 mothers who have been separating from their kids. He said that in more than 80 percent of his cases, neither the parents nor the children know where each other is.

Though government officials have repeatedly said the reunification process for many families is underway, Avenatti said that's "just not true."

Why did Baez decide to risk her job to record those videos? "Nobody was doing anything," she said.

"I thought that by me actually coming out and showing my face will give the courage to other people to do the same, because I think that right now is now or never. This is the time to reunite these families," Baez said.