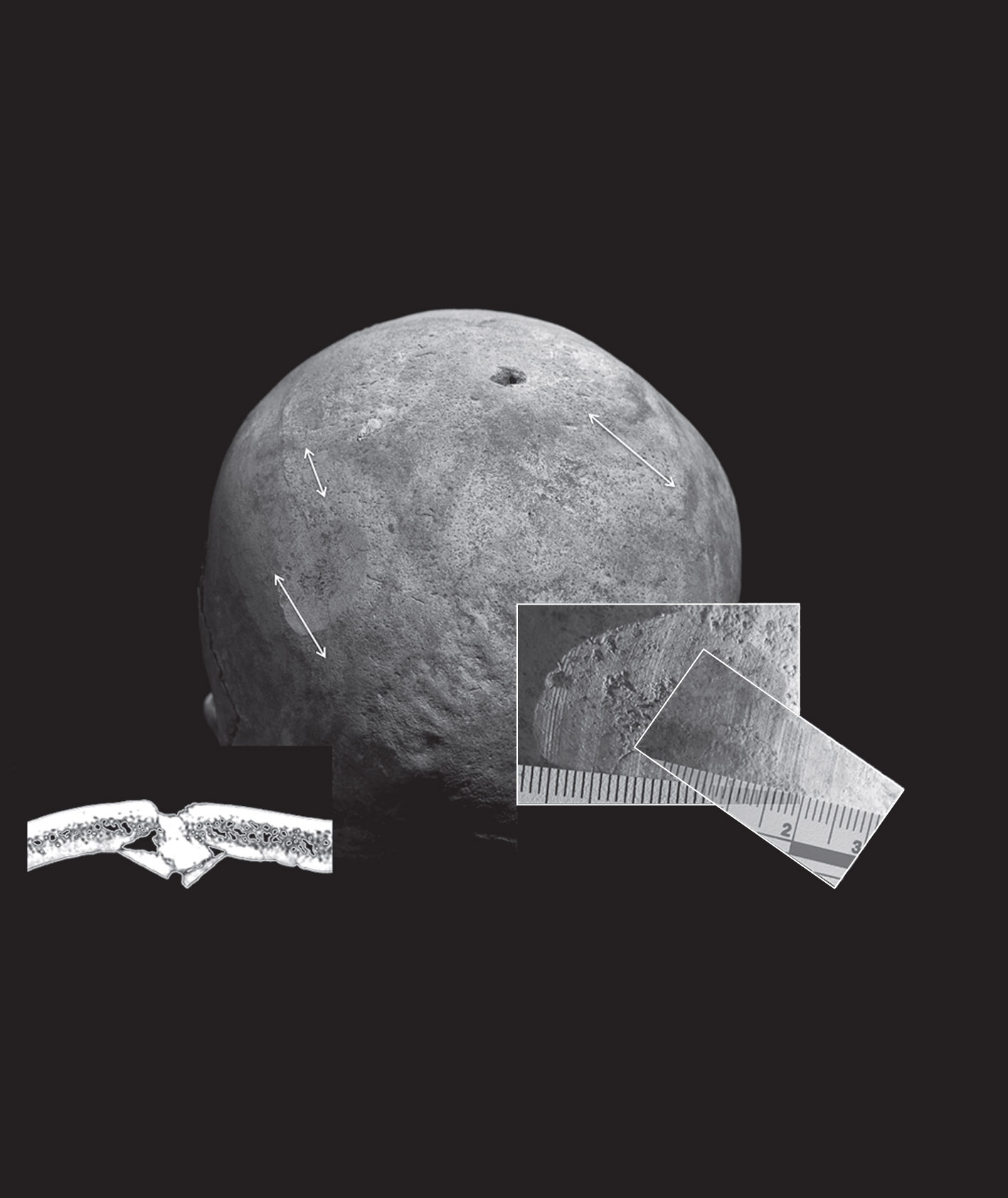 More than 500 years after Richard III became the last king of England to die in battle, researchers using modern forensic science have figured out which injuries likely caused his death.

Scientists used whole body CT scans and micro-CT imaging of injured bones to examine signs of trauma to the royal skeleton, which was discovered buried under a parking lot in Leicester, England, in September 2012. DNA tests confirmed its identity five months later.

According to the findings outlined in the new study, the king sustained a total of 11 wounds at or near the time of his death at the Battle of Bosworth Field on August 22, 1485. Nine of the injuries were inflicted to the skull, which suggests that he had removed or lost his helmet. Two other wounds were found elsewhere on the body.

The investigators conclude that three of the injuries -- two inflicted to the inferior aspect, or underside, of the king's skull and one to his pelvis -- could have potentially caused death quickly. However, they detected signs that the pelvis injury may have occurred after the king was already dead, and therefore believe the other two injuries likely caused his death.

The fatal wounds to his skull were caused by "a large sharp force trauma possibly from a sword or staff weapon, such as a halberd or bill, and a penetrating injury from the tip of an edged weapon," study author Guy Rutty, of the East Midlands Pathology Unit at the University of Leicester, said in a statement. "Richard's head injuries are consistent with some near-contemporary accounts of the battle, which suggest that Richard abandoned his horse after it became stuck in a mire and was killed while fighting his enemies."

"Richard's injuries represent a sustained attack or an attack by several assailants with weapons from the later medieval period," study author Sarah Hainsworth, a professor of materials engineering at the University of Leicester, said in a statement.

The researchers did not find any indications of defensive wounds to the king's arms and hands, which suggests that Richard was still wearing armor -- except for his helmet -- during his final moments.

King Richard III was immortalized by Shakespeare as a villainous hunchback who had his brother and nephews killed to secure the throne for himself. After the discovery of his long-lost grave two years ago, scientists were able to determine that Richard did, in fact, suffer from scoliosis or curvature of the spine.

"We wanted to know if Shakespeare's description was accurate, or an exaggeration to help legitimize the Tudor monarchs on the throne at the time," Piers Mitchell, an anthropologist at the University of Cambridge, told CBS News in an email when the study of his spine came out last May. Examination of the skeleton using 3D imaging technology indicated "Richard did have a marked spinal deformity due to scoliosis. However, there was no evidence from his skeleton for his having a withered arm or a limp, as portrayed in Shakespeare's play."

The new study was published Tuesday in the journal The Lancet.