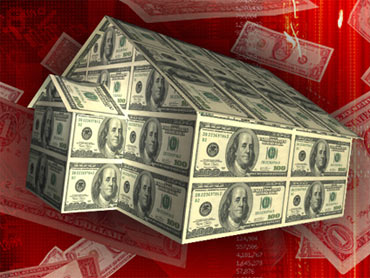 A record number of U.S. homes were lost to foreclosure in the first three months of this year, a sign banks are starting to wade through the backlog of troubled home loans at a faster pace, according to a new report.

RealtyTrac Inc. said Thursday that the number of U.S. homes taken over by banks jumped 35 percent in the first quarter from a year ago. In addition, households facing foreclosure grew 16 percent in the same period and 7 percent from the last three months of 2009.

More homes were taken over by banks and scheduled for a foreclosure sale than in any quarter going back to at least January 2005, when RealtyTrac began reporting the data, the firm said.

Foreclosures began to ease last year as banks came under pressure from the Obama administration to modify home loans for troubled borrowers. In addition, some states enacted foreclosure moratoriums in hopes of giving homeowners behind in payments time to catch up. And in many cases, banks have had trouble coping with how to handle the glut of problem loans.

These factors have helped slow the pace of foreclosures, but now that trend appears to be reversing.

"We're finally seeing the banks start to process the inventory that has been in foreclosure, but delayed in processing," Sharga said. "We expect the pace to accelerate as the year goes on."

In all, more than 900,000 households, or one in every 138 homes, received a foreclosure-related notice, RealtyTrac said. The firm based in Irvine, Calif., tracks notices for defaults, scheduled home auctions and home repossessions.

Homeowners continue to fall behind on payments because they've lost their job or seen their mortgage payment rise due to an interest-rate reset. Many are unable to refinance because they now owe more on their loan than their home is worth.

The Obama administration's $75 billion foreclosure prevention program has only been able to help a small fraction of troubled homeowners.

Has the Economy Turned a Corner?

About 231,000 homeowners have completed loan modifications as part of the Obama administration's flagship foreclosure prevention program through March. That's about 21 percent of the 1.2 million borrowers who began the program over the past year.

But another 158,000 homeowners who signed up have dropped out - either because they didn't make payments or failed to return the necessary documents. That's up from about 90,000 just a month earlier.

Last month, the administration expanded the program, launching a plan to reduce the amount some troubled borrowers owe on their home loans and give jobless homeowners a temporary break. But the details of those programs are expected to take months to work out.

The states with the highest foreclosure rates in the first quarter were Nevada, Arizona, Florida and California, with Nevada leading the pack, RealtyTrac said.

Rising home prices and speculation fueled a wave of home construction there during the housing boom. But now the state, particularly around the Las Vegas metropolitan area, is saddled with a glut of unsold homes.

Still, the number of homes in Nevada that received a foreclosure filing dropped 16 percent from the first quarter last year.

All told, one in every 33 homes in Nevada was facing foreclosure, more than four times the national average, RealtyTrac said.

Foreclosure filings rose on an annual and quarterly basis in Arizona, however.

One in every 49 homes there received a foreclosure-related notice during the quarter.

Florida, meanwhile, posted the third-highest foreclosure rate with one out of every 57 properties receiving a foreclosure filing.

California accounted for the biggest slice overall of homes facing foreclosure - roughly 23 percent of the nation's total. One in every 62 properties received a foreclosure filing in the first quarter.