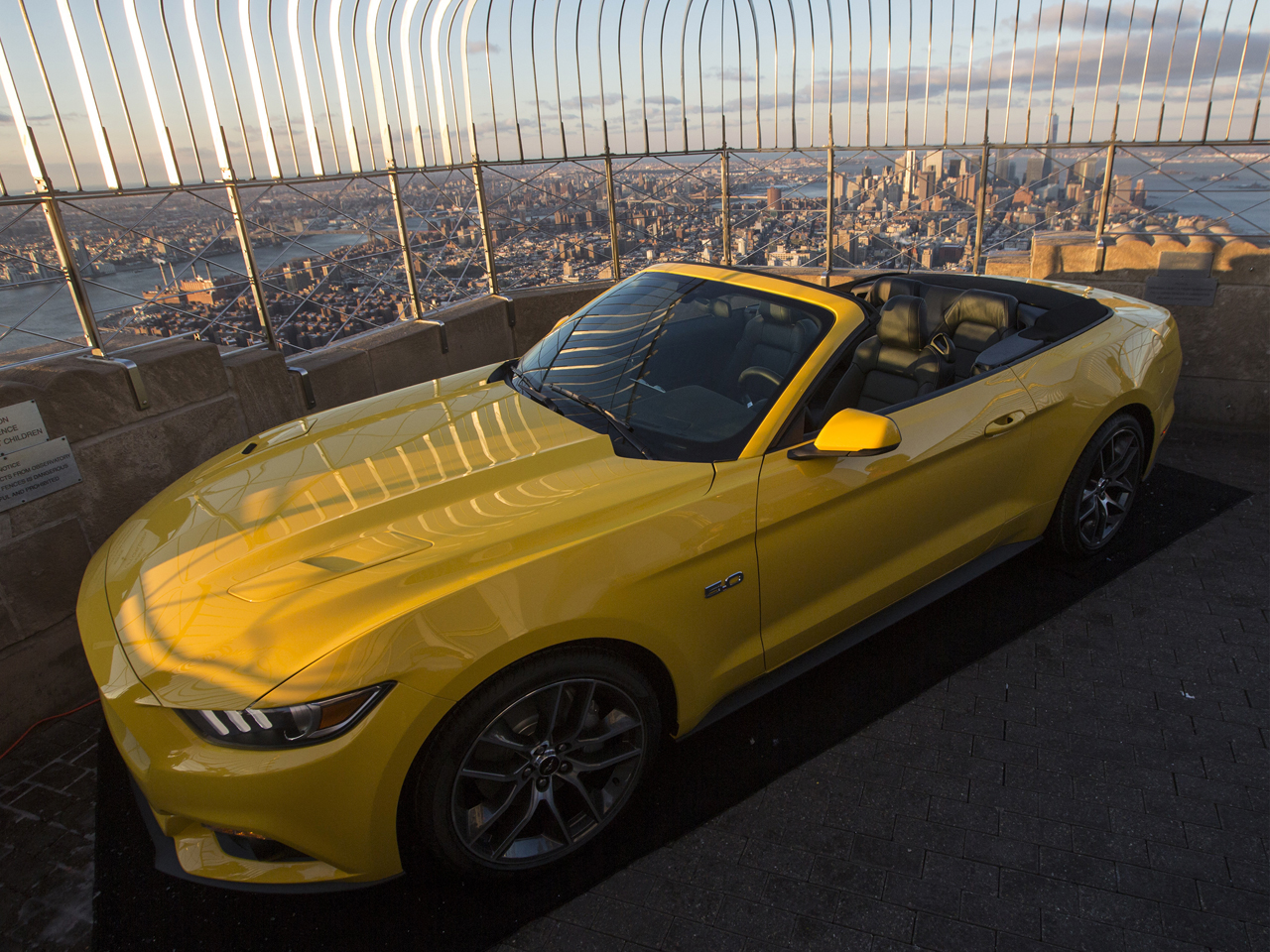 The company will only build 1,964 special cars, honoring the year the Mustang first went on sale.

The 50 Year Limited Edition will come in one of the two colors of Ford's logo: White or blue. Buyers can choose a manual or automatic transmission.

There are special chrome highlights around the grille, windows and tail lights. The Limited Edition will also be the only 2015 Mustang with a faux gas cap badge on the rear, where the original cap sat.

Limited Edition cars will be among the first built when 2015 Mustang production begins later this year.

Ford is showing the Limited Edition at the New York auto show, which begins this week. Pricing wasn't announced.