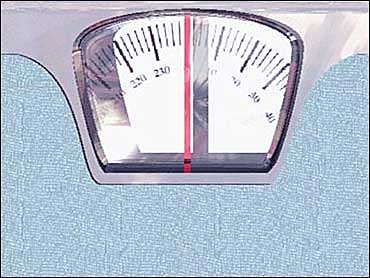 Skimping on sleep may mean greater weight gain for women. That's the finding of a study presented in San Diego at the American Thoracic Society's International Conference.

In 1986, the women reported how much sleep they usually got per night. They reported their weight every two years for the next 16 years.

Other studies have also linked a good night's sleep to lighter bodies. But it's not always clear which comes first — healthy sleep habits or weight gain — or if people who get plenty of sleep at night have other factors that keep their weight lower.

Major weight gain — about 33 pounds, in this case — was most common among women who reported sleeping five hours per night. Next came the six-hours-per-night group.

What kept those women awake? Did their sleep habits change over time? How do sleep shortfalls affect women's weight? Do the results apply to men?

The study doesn't answer those questions. But the researchers adjusted for factors including the women's age, BMI (body mass index) in 1986, physical activity, and dietary behaviors.

"Short sleep duration is an independent predictor of future weight gain and incident obesity," write Patel and colleagues in their study's abstract. "Further research is needed to understand the mechanisms by which sleep duration may affect weight."