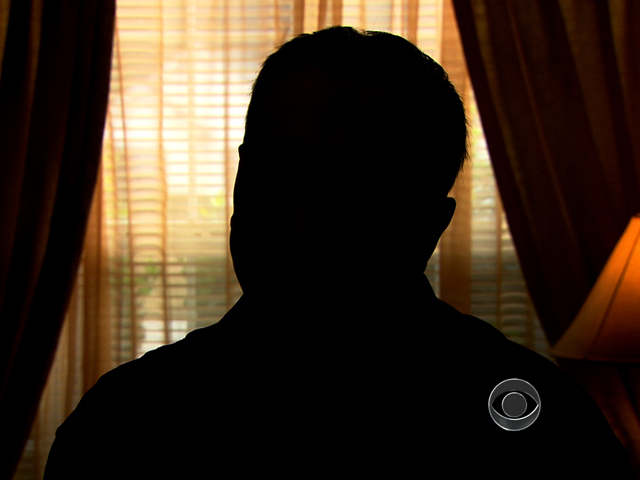 (CBS News) ATLANTA - Prescription drug overdoses were linked to more than 15,000 deaths in 2009. That's more than the number of cocaine and heroin deaths combined. CBS News sat down with a real estate executive battling his addiction. We agreed to conceal his face. His name is Jeff.

"It's just not possible just to stop, you can't do it on your own," said Jeff.

His addiction story began two-and-a half years ago, when he was hurt in a car accident. Doctors prescribed narcotic pain killer Oxycodone and anti-anxiety drug Xanax.

Clamping down on prescription painkiller abuse

He was eager to go back to work and he said he leaned too much on his drugs. Now everyday, he takes more than double the original dosage. Jeff acknowledged taking 12 pain pills a day with 10 Xanax a day.

"Make one phone call," said Jeff, "they prescribe them, I pick them up." As for the doctors, Jeff added: "They do not call me in, they do not ask questions. They fulfill my prescriptions."

Nick Kardares is clinical director at the Dunes Treatment Center in upscale East Hampton, New York. Kardares is troubled that in 20 years, prescriptions for pain narcotics have tripled to 210 million per year. "Is there a rise in pain, or a rise to our intolerance of pain?" he asked. "Because I can't in good conscience -- as an academic, as a researcher -- accept the notion that we have three times more pain over the last 20 years," he said.

In 2010, college-educated pill addicts seeking treatment hit a record high -- 17.5 percent. But many more white-collar addicts refuse to get help, like Jeff. "I pretty much work and I come home," said Jeff. "I've settled down to a life of doing nothing." He also acknowledged that the signs are there and there is no accountability by the doctors, the system or himself. "I realize that," he said.

He won't ask his real estate employer for help because he is afraid of losing everything. "I manage million dollar assets," said Jeff. "I cannot leave these properties to take a leave, it's just not possible."

"When we're talking about higher functioning and more successful type of addicts," said Kardares, "their excuses are more readily built in. So real or imagined, that becomes the excuse not to get treatment."

For a guy who sees himself as disciplined and in control, Jeff seems like he had given up. "At this point I would say yes. I have. As far as have I had suicidal thoughts? Yes, of course I have. Who wants to live a life like this? But at the same time I have a family and a child that depends on me."

Added Kardares: "Their drug has become their lover, their crutch, their coping mechanism. You create a story that keeps you there."

Jeff knows he created his own story of addiction. He has yet to write a new chapter where he'll get out alive.