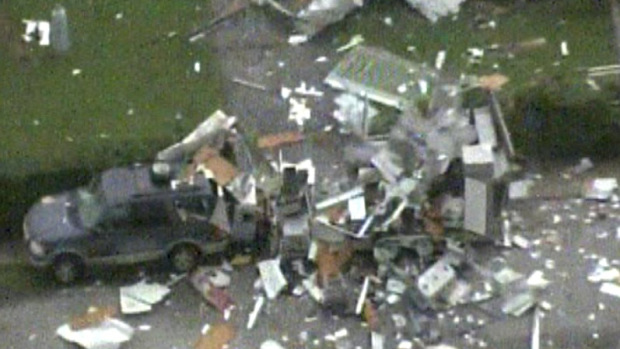 SOUTHWEST MIAMI-DADE, Fla. -- Lunch will not be served by a food truck in Southwest Miami-Dade after it was destroyed in a propane tank explosion.

CBS Miami reports that the blast occurred Thursday morning while the truck was parked at 1970 SW 57th Place.

According to Miami-Dade Fire Rescue officials, the explosion was so powerful, some nearby homes suffered minor damage.

Video from CBS Miami's Chopper 4 shows a large debris field where the lunch truck was parked.

There were no injuries.