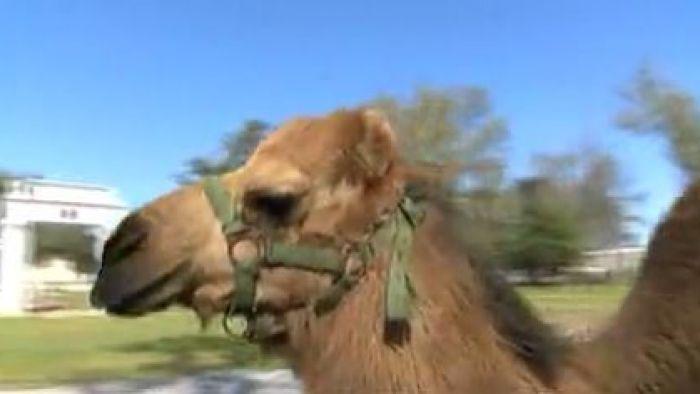 BILOXI, Miss. -- A Florida woman claims a camel at the last home of Confederate president Jefferson Davis attacked her at the Mississippi tourist attraction in 2015.

She's suing the United Sons of Confederate Veterans Inc., identified as the operator of Beauvoir plantation in Biloxi.

The Sun Herald reports Sylvia June Abbott says Sir Camelot injured her mentally and physically. Attorney Charles M. Thomas says Abbott and her husband were walking to a cemetery behind Beauvoir when the camel stampeded her and bit her, leaving her with a fractured wrist and vertebrae.

Abbott's suit says Beauvoir's operators should have known the camel had "behaved dangerously" in the past, though it didn't specify any prior incidents.