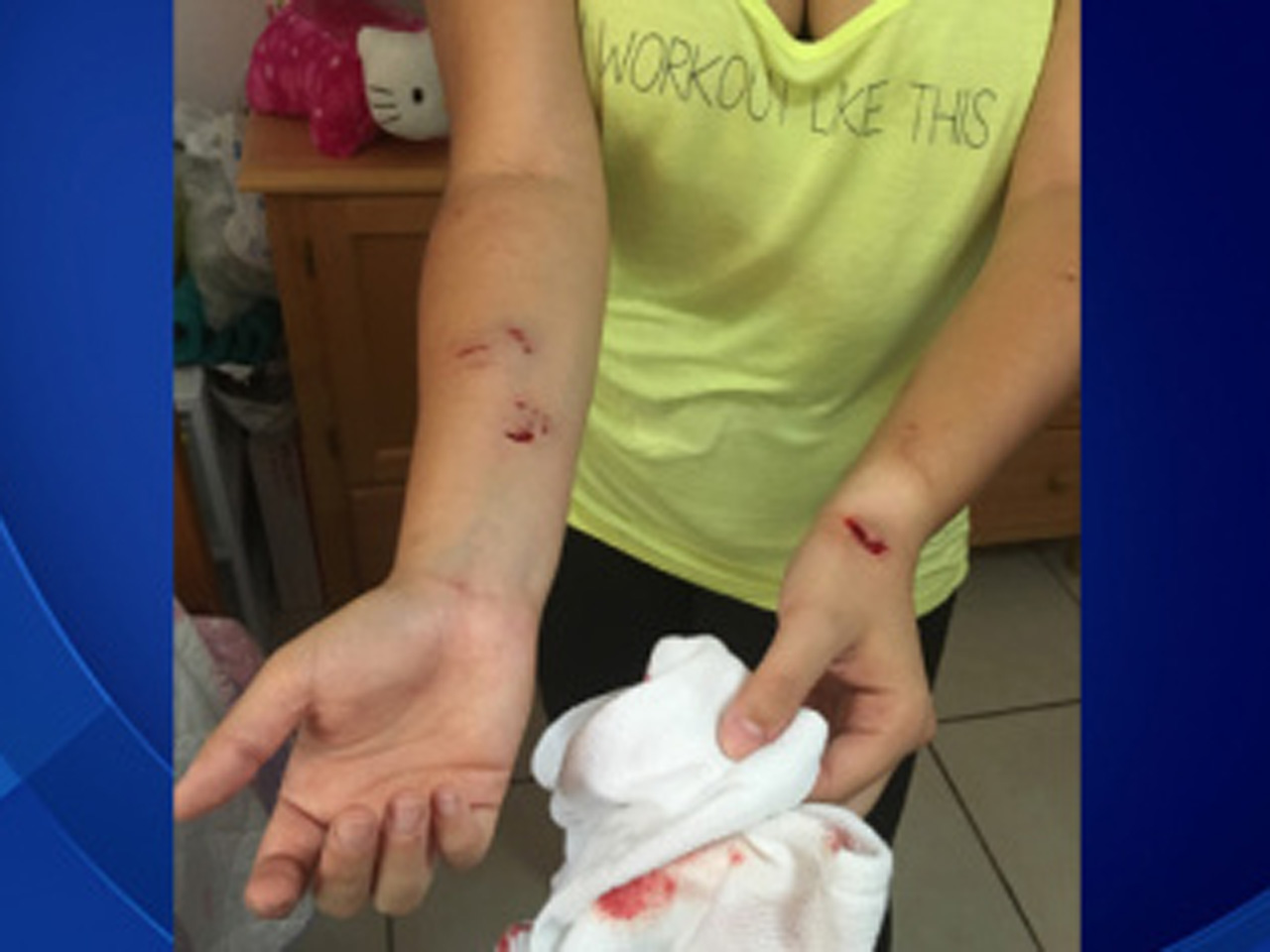 MIAMI - A Florida woman says she was attacked by a lemur outside her home, resulting in injuries for the 21-year-old, reports CBS Miami.

Victoria Valledor's little sister snapped pictures of the animal outside their home on Monday.

The victim's grandmother Celia Rodon says she ran to get a banana and gave it to the lemur to get its attention but the animal, once again, grabbed a hold of the victim.

"Through tricks and practice and a lot of training they were able to coax it to a kennel and they removed the lemur from the scene," said Lorenzo Veloz with FWC.

FWC says it's unknown where the lemur came from.

"Due to the area where we are, there are people licensed to have these lemurs so now it's under investigation," said Veloz.

Lemurs are native to Madagascar, an large island nation off the southeast coast of Africa. In 2012, they were named the most endangered mammal in the world.

Along with lorises and bushbabies, lemurs belong to a group called prosimian primates, defined as all primates that are neither monkeys nor apes. Lemurs live in the wild only on Madagascar; their ancestors likely rafted to the island on clumps of vegetation and trees more than 60 million years ago.