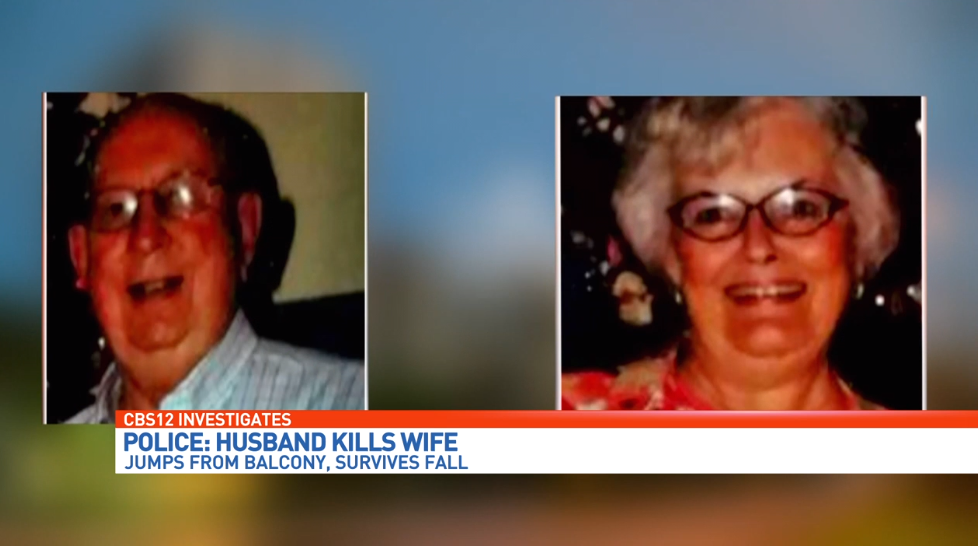 RIVIERA BEACH, Fla. -- A former Middle Tennessee State University professor has been accused of fatally stabbing his 79-year-old wife inside their Florida condominium, before attempting to kill himself.

Riviera Beach police say 78-year-old James Huhta grabbed a knife from the kitchen and went into his bedroom, where he stabbed his wife Mary several times in the stomach, according to CBS affiliate WPEC.

Overcome with grief, he then gave himself several shots of insulin and jumped from the balcony, according to Riviera Beach Acting Assistant Police Chief Leonard Mitchell.

Huhta was taken to a hospital, where investigators say he admitted to the slaying. The suspect was listed in stable condition Monday.

A police spokesperson says he is being charged with murder.

Adding that it appeared to be "a very loving relationship," Mitchell could not speculate on a possible motive.

The university's website says James Huhta was a history professor who helped bring about the school's Center for Historic Preservation. He retired in 2002.

It's unclear whether James Huhta has an attorney.