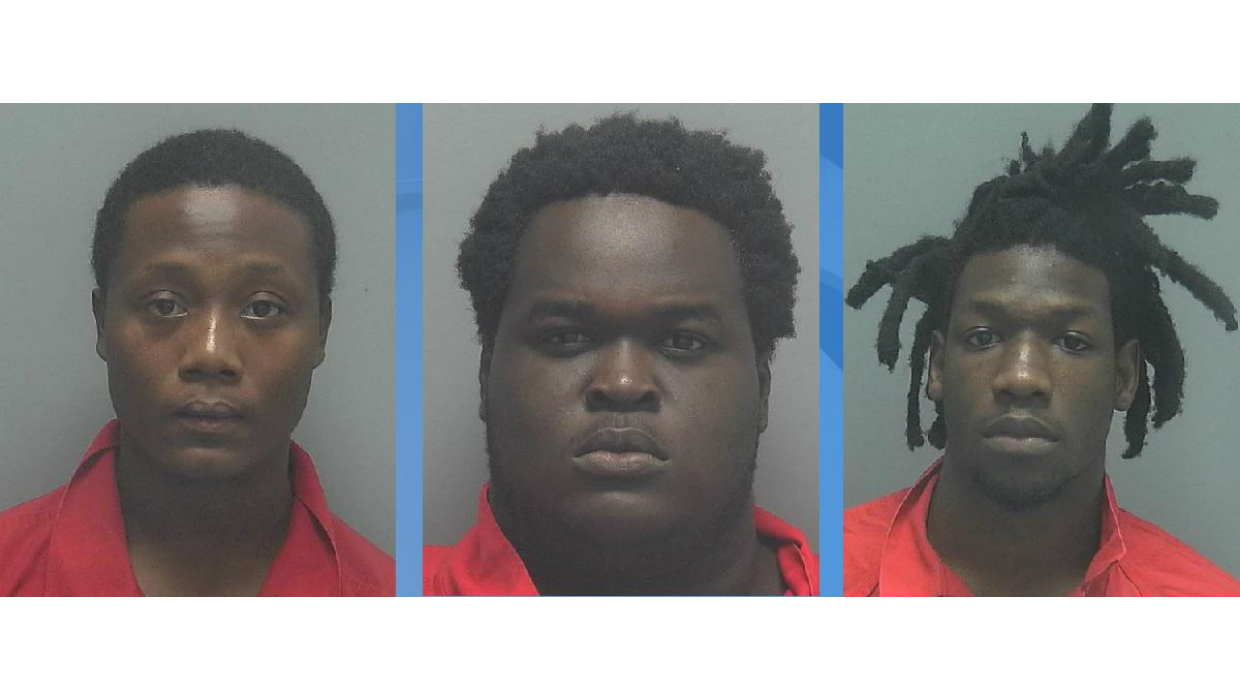 Derrick Church, 19, Demetrius O'Neal, 19, and Tajze Battle, 22, were booked into Lee County Jail on Tuesday morning. They were identified as persons of interest soon after a shooting that left two dead and 17 wounded.

They were taken into custody near the shooting scene, after officers responded to a call about two suspicious vehicles around 1 a.m. The occupants of the vehicles appeared to be helping an injured person out of one of the cars, according to police.

A Fort Myers Police Department officer saw one of the cars, described as a white Chevrolet sedan, driving out of the parking lot and attempted to pull it over, but the car fled, the Lee County Sheriff's Office said. As the pursuit ended soon after, two suspects fled the vehicle, which authorities say then accelerated toward a deputy.

The deputy then fired his handgun, shooting Church in the abdomen, officials said. He was treated and released from the hospital and placed under arrest for aggravated assault on a law enforcement officer and fleeing and eluding. His bond was set at $100,000.

O'Neal and Battle were later located and are facing charges for resisting without violence. Battle's bond was set at $3,500 and O'Neal's at $5,000.

None of the persons of interest have been charged in connection with the shooting.