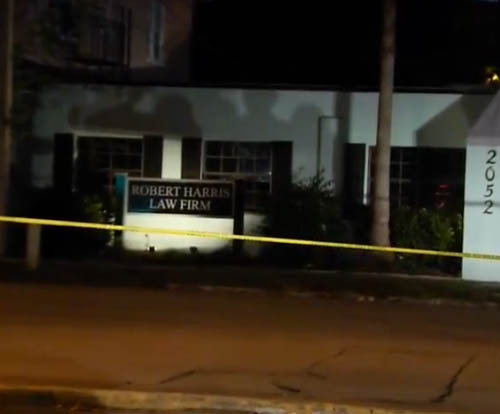 FORT MYERS, Fla. - A southwest Florida man put his dead neighbor in the bed of his pickup truck and drove to his lawyer's office claiming he'd killed the man in self-defense.

Attorney Robert Harris told the News-Press of Fort Myers that 52-year-old John Marshall showed up around 4 p.m. Wednesday, saying he didn't know who else to trust.

Attorneys called 911 and Marshall spent hours at Harris' office before finally leaving for the hospital around 10:30 p.m. He had a swollen lip, missing tooth and what appeared to be two broken thumbs.

According to Harris, Marshall wrestled a gun away from his neighbor and fatally shot him earlier Wednesday. The two men had apparently been in a dispute over property work.

Lee County Sheriff's deputies declined to say whether Marshall would be arrested.