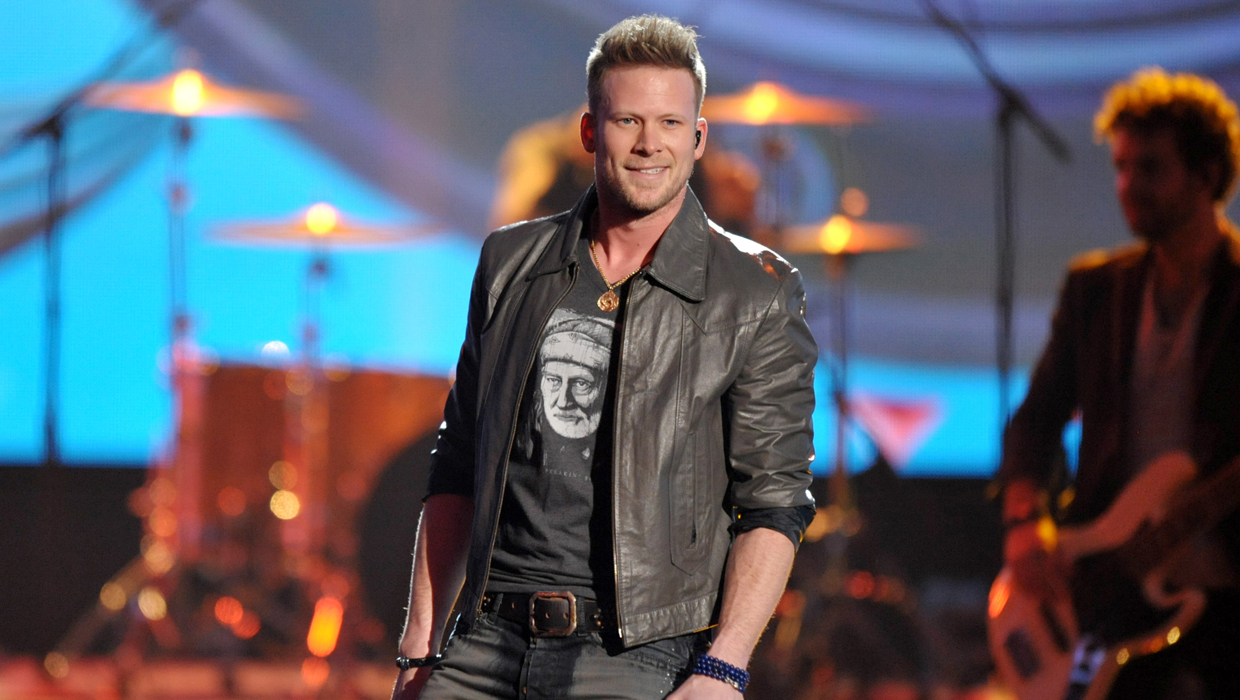 Brian Kelley of the country duo Florida Georgia Line capped off a year full of awards and broken records by tying the knot.

The 28-year-old married girlfriend Brittney Marie Cole, 23, at an intimate ceremony in Nashville, Tenn., on Monday.

The wedding was first reported by People magazine. The band's publicist said the ceremony included just 40 guests at sunset, followed by a reception at Kelley's 32-acre property.

"The whole process has been non-traditional," he told People. "There was no official proposal or exchanging of rings. We had just fallen in love, and I knew I couldn't live without her. It sounds like a terrible cheesy movie, but when you know, you know!"

Kelley and Tyler Hubbard have been riding a wave of success from their debut album, "Here's to the Good Times," which brought them multiple music awards and nominations this year. Their smash rap-country remix of "Cruise" with Nelly set a record for weeks atop the country singles chart.

They are on tour with Jason Aldean next year along with their own headlining shows.