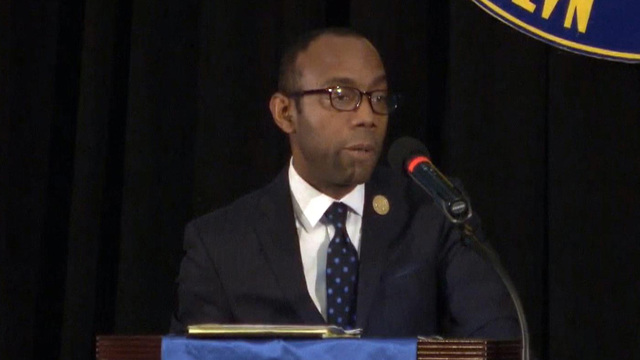 Michigan's governor will meet with the mayor of Flint Wednesday to discuss a new approach to the city's toxic water disaster.

The president of the civil rights group, Cornell Brooks, told CBS News the hour-long meeting was a frank conversation and that the governor was remorseful. He called for a long-term solution in Flint Tuesday, unveiling a "15-point priority plan" to repair the city's water system.

"When you have a disproportionate number of black, brown and poor children subjected to elevated lead, that's a problem that grows up," Brooks said. "That goes to junior high school and high school."

The plan also suggests hiring Flint's youth to distribute water bottles for minimum wage, instead of the National Guard.

Officials are still urging people to use bottled water and filters, but the National Guard is reportedly cutting back door to door distributions.

The tap water still remains undrinkable and residents say they are scared for their health. For weeks, protesters have expressed outrage, saying they're still being billed for the lead-poisoned water. The city said that as of August 7th, "there has been no disconnection of service for nonpayment."

According to a 2014 study by a Flint newspaper, Flint had the priciest water and sewer bills in Genessee County, averaging $140 a month. At Flint's Eisenhower Elementary School Tuesday, parents and their young kids lined up to be tested for lead.

"I'm really concerned. Today, it's kind of like a wake-up call, just being here seeing how this all is," said a concerned resident.

One of the topics the governor may also discuss with the mayor today is his request for additional federal aid to make sure everyone under 21 in the city - who may have been affected by exposure to lead - has access to long term healthcare, regardless of their income or insurance coverage.

Whiskey pulled over antifreeze ingredient, but not in U.S.