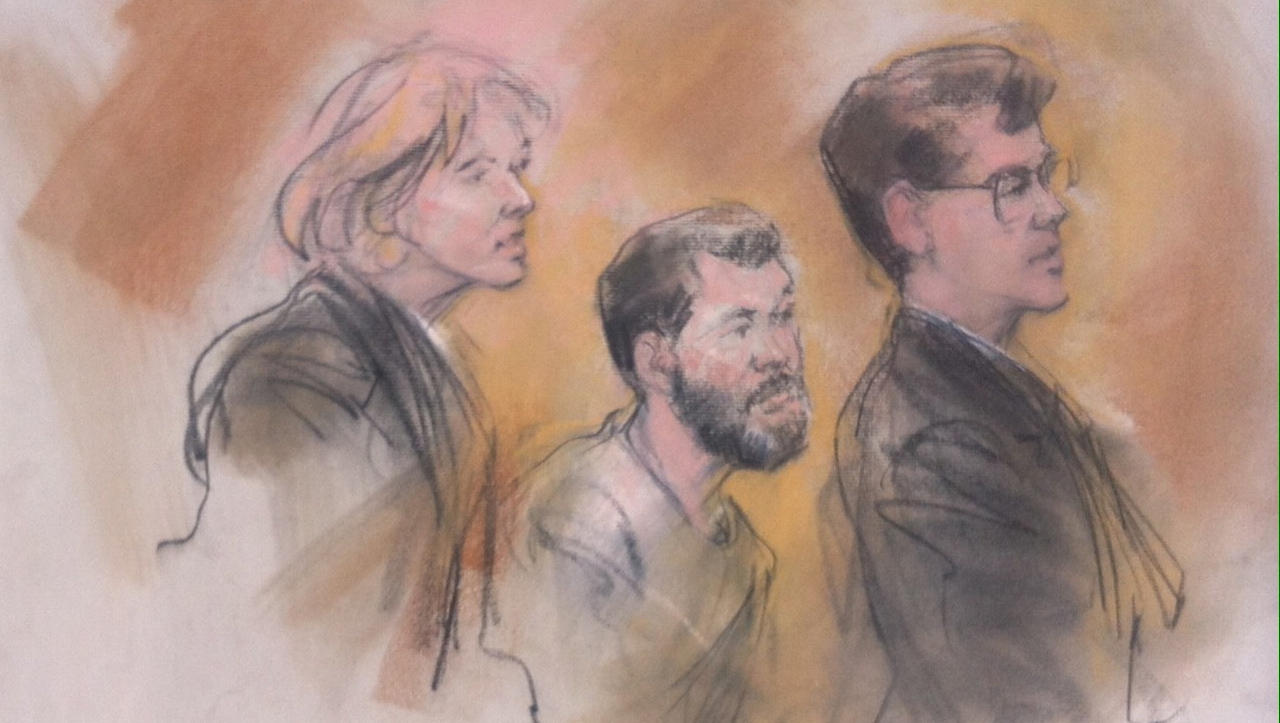 FLINT, Mich. -- A Tunisia native who lives in Canada repeated the Arabic phrase for "God is great" prior to his arraignment Wednesday in the stabbing of a police officer at an airport in Flint.

He was indicted earlier Wednesday on charges of committing an act of violence at an international airport and interfering with airport security. A judge entered a not guilty plea on his behalf.

Ftouhi, 49, of Montreal, Quebec, is accused of stabbing Bishop International Airport police Lt. Jeff Neville in the neck June 21 with a large knife.

Authorities have said Ftouhi referenced killings in Syria, Iraq and Afghanistan and yelled "Allahu Akbar" at the time Neville was attacked. The attack was being investigated as a possible "lone wolf" terrorist attack.

Bishop airport is about 50 miles northwest of Detroit.

The FBI has said Ftouhi legally entered the U.S. at Champlain, New York, on June 16. The FBI said he bought a knife in the U.S.

Prior to the attack, Ftouhi spent some time in public, unsecured areas of the airport before going to a restroom where he dropped two bags before attacking Neville with a 12-inch knife that had an 8-inch serrated blade, according to the FBI.

Neville fought back and took Ftouhi to the ground as other officers arrived to help.

Neville, who has since been released from a hospital, attended an Independence Day parade Tuesday in Fenton, near Flint.

He described the stabbing as "a sneak attack ... from the back."

"Who's got eyes in the back of their head?" Neville told WNEM-TV. "There was absolutely no warning."

The time from the start of the attack to when Ftouhi was restrained probably took about 10 seconds, Neville said.

The FBI has obtained information that Ftouhi attempted to buy a gun in the U.S. before the attack, but was unsuccessful, reports CBS Detroit.

Federal investigators have said they have no indication that Ftouhi was involved in a wider terrorism plot. He had reportedly lived in Montreal for about 10 years and had no apparent connection to Flint.