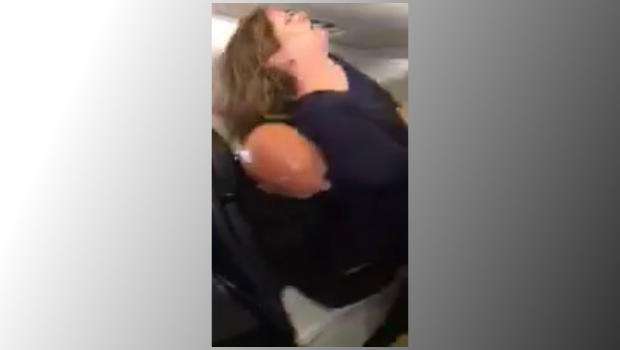 WASHINGTON -- Passengers onboard United Express Flight 5449 restrained a Boise, Idaho, woman who was ranting about being God. Video posted online purportedly shows a passenger working to tie up the woman's feet as another man holds her down in the aisle.

Moments earlier she'd tried to open the aircraft cabin door while the plane was in flight which was traveling from San Francisco to Boise earlier Monday.

The plane landed safely and Boise police were waiting at the gate. The woman was taken for medical evaluation.

The United Express Embraer 175 was operated by SkyWest Airlines and had 73 passengers on board.

Experts say it would be impossible to open a door in the pressurized cabin of a plane in the air, but that wouldn't make it less terrifying for the people on board.

A spokesperson for the Boise police says officers will forward the police report to the local prosecutor to decide if charges should be filed. The FBI may also review the case.

Gunman killed in FBI standoff was at Capitol on Jan. 6
Kris Van Cleave