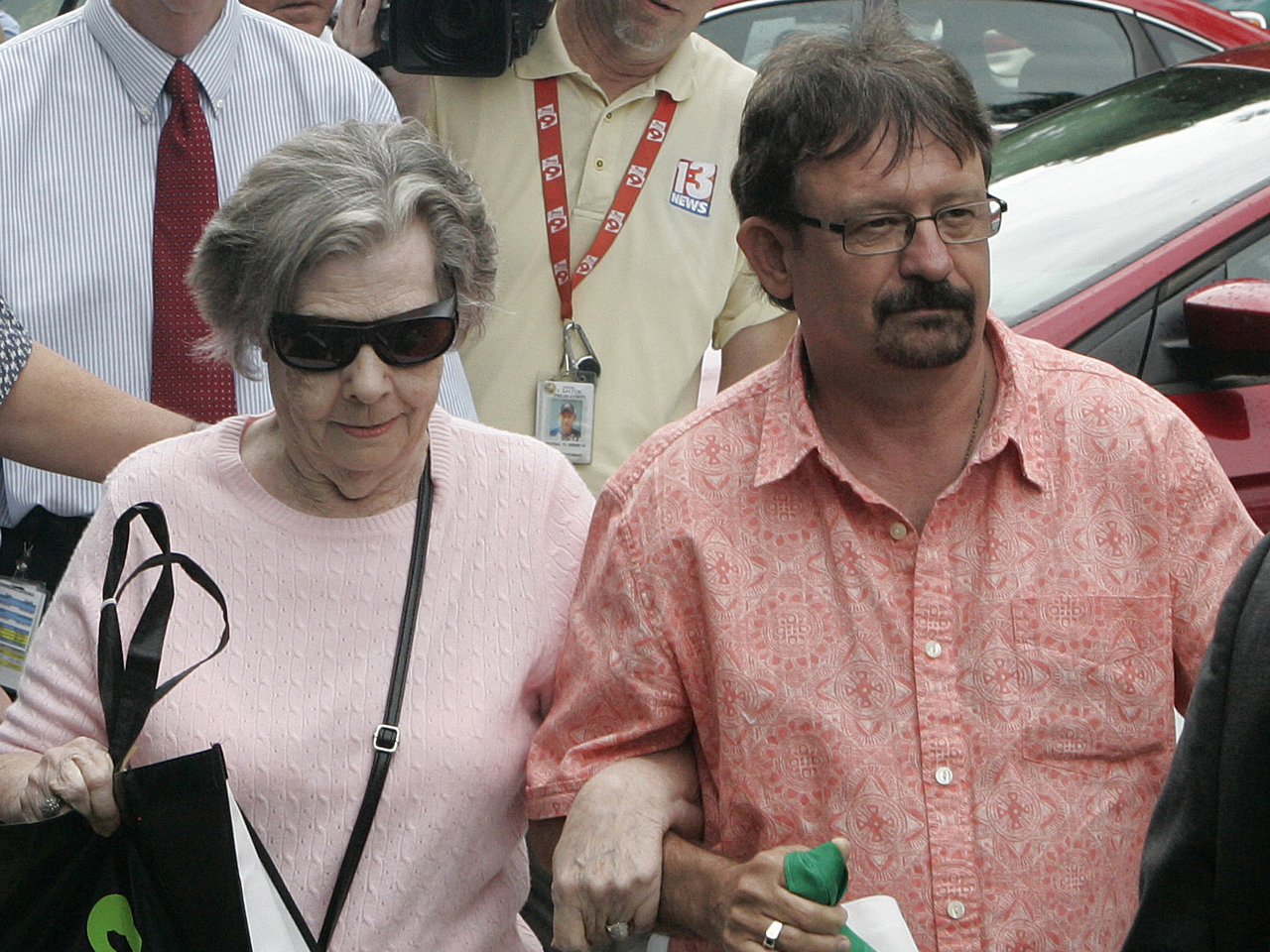 TALLAHASSEE, Fla. An 84-year-old Florida woman who bought her Powerball ticket after another customer let her get ahead in line came forward Wednesday to claim the $590 million jackpot, becoming the largest sole lottery winner in U.S. history.

She did not speak to a crowd of reporters outside lottery headquarters, leaving quickly in a silver Ford Focus with her son, Scott Mackenzie, and family friends. She was accompanied by two unidentified attorneys, who left in a separate car.

MacKenzie bought the winning ticket at a Publix supermarket in Zephyrhills, a town of about 13,300 people located 30 miles northeast of Tampa. It is best known for bottled spring water that bears its name — and now one of the biggest lottery winners of all time.

In a statement read by lottery officials, Mackenzie said she purchased the ticket after another buyer "was kind enough to let me go ahead in line to purchase the winning ticket." Mackenzie played a quick-pick ticket, in which the numbers are generated randomly by lottery computers. She said she also purchased four other tickets for the same drawing.

"We are grateful with this blessing of winning the Florida Lottery Powerball jackpot. We appreciate the interest from the public, state of Florida and the lottery," the statement said. "We hope that everyone would give us the opportunity to maintain our privacy for our family's benefit."

The winner had 60 days from the May 18 drawing to claim the lump sum. Lottery spokesman David Bishop said Mackenzie, her lawyers and financial adviser were very prepared when they arrived, spending about two hours going through the necessary paperwork.

"They had clearly been preparing for this. They took all this time to get everything in order," Bishop said.

Minutes after the announcement, a dozen reporters in Zephyrhills were camped outside Mackenzie's modest grey duplex, which backs up to a dirt alley and is across from a cow pasture.

"She didn't say anything about it. She's so quiet and secluded. She's usually in the house," said neighbor James Hill. "I'm very happy for her. It couldn't have happened to a nicer person. She was always pleasant and smiling."

Another neighbor, Don Cecil, joked "I hope she gets a better place to live."

Mackenzie's neighbors offered few details about her life, including how long she'd lived there and whether she was married. They said she mostly kept to herself, but they saw her take short walks along the street and exchanged pleasantries with her.

Mackenzie's house, which was situated among mostly mobile home and pre-fabricated houses, had a chain link fence with grey shutters, a tin sheet roof and an old TV antenna.

Officials said it was a single ticket with just one set of numbers, chosen randomly for the buyer by computer -- a quick pick, according to CBS affiliate WTSP in Tampa.

The jackpot is an amount too high for many to imagine. Compare it to the budget for the city of Zephyrhills: This year's figure is just more than $49 million. The winning Powerball jackpot is 12 times that.

Estimates had earlier put the jackpot at around $600 million. But Powerball's online site said Sunday that the jackpot had reached an estimated $590.5 million.

The world's largest jackpot was a $656 million Mega Millions jackpot in March 2012.

The chances of winning the prize were astronomically low: 1 in 175.2 million. That's how many different ways you can combine the numbers when you play. But lottery officials estimated that about 80 percent of those possible combinations had been purchased recently.