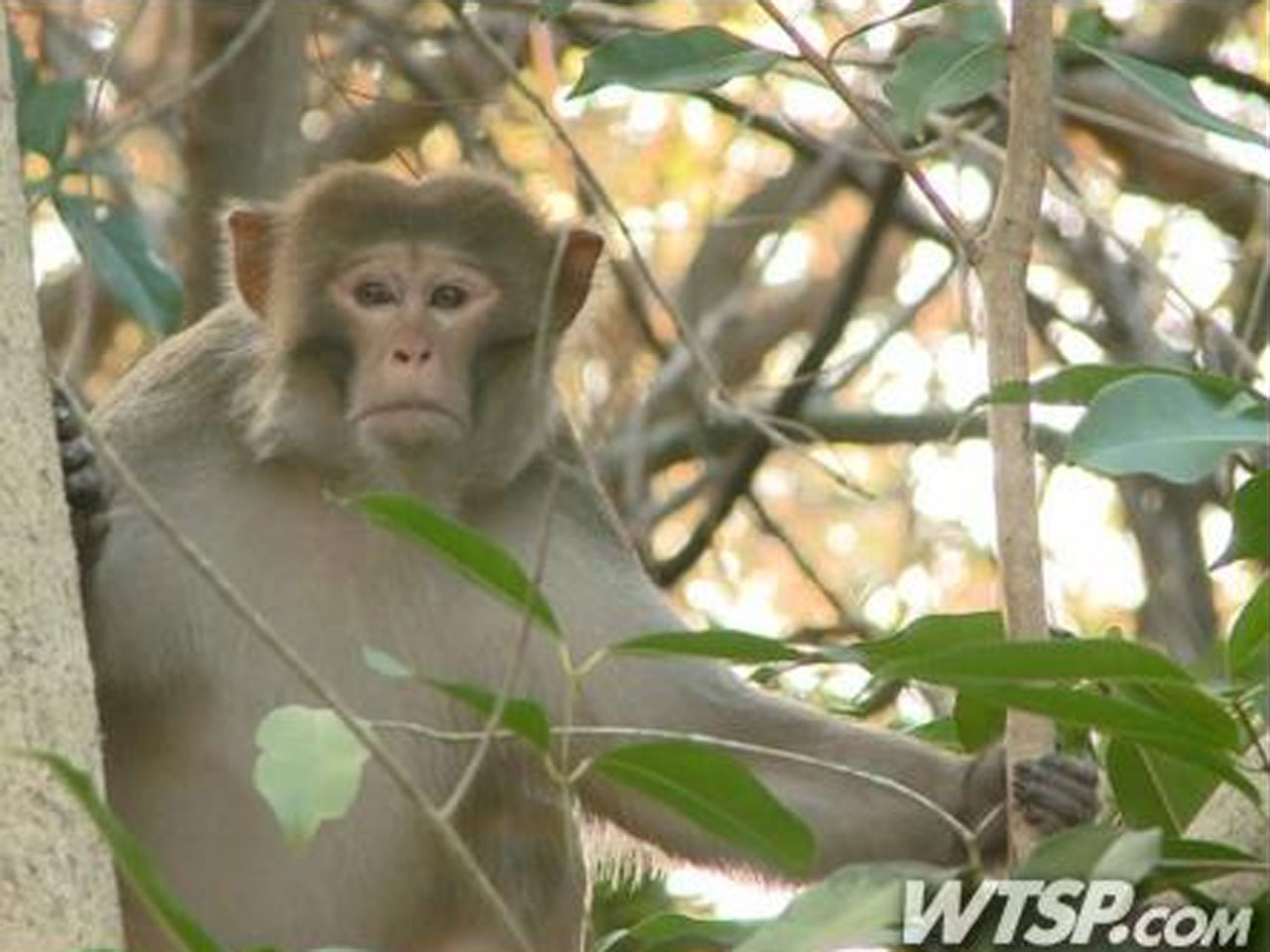 St. Petersberg, Fla. Wildlife authorities are trying to rescue a monkey who has been roaming around a community near Tampa Bay.

A 40-pound, almost 3-feet tall rhesus macaque nicknamed the "Mystery Monkey " has been spotted by residents as they go about their day for about three years, CBS affiliate WTSP-TV in St. Petersburg, Fla. reports. The animal's popularity has grown, even spawning a Facebook page called "Mystery Monkey of Tampa Bay" with almost 85,000 likes.

Another resident, Bill Buttner, said to WTSP-TV that the monkey was like a "masked bandit you couldn't find," adding that the creature didn't seem threatening.

But, recently the monkey bit a 60-year-old local homeowner. According to WTSP-TV, she was sitting on her porch when she felt something grabbing her waist and then climbing up her body. In her attempts to throw the monkey off her, he became agitated and bit her. She has received a series of shots including ones for Rabies, Hepatitis C and Herpes, to protect her just in case of disease.

"I could hear its teeth chattering. It was horrible," the woman, who wants to remain anonymous, told WTSP-TV.

Authorities believe, however, that the monkey was just reacting because it was scared.

"I don't think it's fair to say it was an attack. The monkey got on her shoulder, she freaked, he freaked, they couldn't separate from each other," wildlife rescuer Vernon Yates told WTSP-TV. "What it does prove is the monkey is becoming more socially accepting to people, which does create a bigger danger."

Part of the problem is that the monkey is being fed by some residents. The monkey has been spotted eating bananas, and half-eaten apples are scattered on the ground. Although there are traps to capture the creature without harming him, people are unsetting them. Yates said they will attempt to lure the monkey in with a 1-year-old macaque next because they believe he is looking for his own kind. After they capture the animal, they will send him to one of two private wildlife rescue facilities.

As for the public, Yates cautions that they should not make eye contact with the monkey or feed him. Even though he may seem like he might be playing while showing teeth and lunging, it's actually his signal that he needs that person to back off.

Yates is afraid if the creature attacks someone again, he will be killed.

"At that point, he will become a public danger. No question he will be shot," he said.