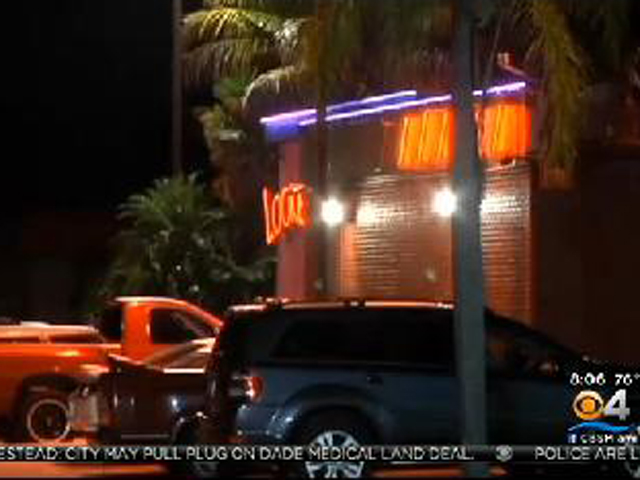 Police arrested 21-year-old Andrew Sosa early Saturday morning after they found the infant in the back seat of a Kia Optima in the parking lot of the Lookers strip club. A bystander had flagged down an officer, who smashed a window to get the child out.

According to CBS affiliate WINK, the little girl was covered in sweat and vomit. She was taken to a hospital to be treated for dehydration.

The child’s uncle, Cory Peterson, told the station Sosa is the father and him leaving the baby is the car is completely out of character, saying, “He’s a great father, he watches his daughter day in and day out. Takes care of her.”

Police say the child was left alone for more than three hours while Sosa was inside the strip club. A judge set the suspect's bond on Saturday at $100,000 and ordered him to stay away from his daughter, according to the station.