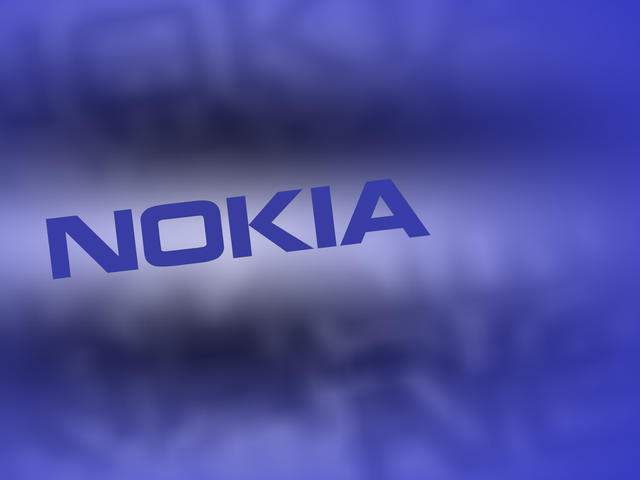 The ratings agency said the downgrade to BB+ from BBB- reflected the deterioration in the company's core devices and services division and the "general lack of visibility" in Nokia's near-term future. It gave it a negative outlook, meaning more downgrades are possible.

"In order to avoid further negative rating action, Nokia needs to demonstrate substantial improvements" in the latter half of the year and in 2013, it said. "Fitch believes that Nokia needs to stabilize revenues and be capable of generating low-single digit ... operating profit margins and positive pre-dividend free cash flow."

The agency said it believes Nokia will not be able to attain that during those 18 months because of the "potential headwinds" facing the cellphone maker.

The company's share price fell more than 2 percent to 2.63 euro ($3.45) in Helsinki after Fitch's downgrade.

Nokia said it would quickly take action to improve "future growth and success."

Last week, Nokia announced one of its worst quarterly results ever, blaming tough competition for a huge 929 million euro ($1.2 billion) net loss in January through March as sales plunged, especially in the smartphone market. It said it expects no improvement in the second quarter.

The Finnish company is fighting fierce competition in the top-end from Apple Inc.'s iPhone and other makers using Google Inc.'s popular Android software, such as Samsung Electronics Inc. and HTC of Taiwan. It is also being squeezed in the low-end by Asian manufacturers making cheaper phones, such as China's ZTE.

Nokia said last week that overall revenue fell 30 percent in the first quarter to 7.4 billion euro, while net sales of devices crashed 40 percent to 4.2 billion euro. Smartphone sales were down by more than half at 1.7 billion euro, as it failed to assert a challenge in the smartphone race with new Windows-based handsets a year after teaming up with Microsoft Corp.

It hopes to remedy the slide with the Windows Phone 7, launched in October, and several new Windows-based Lumia models aimed at different markets, including the US where Nokia is a minor player.

"The launch of the new Lumia phone with AT&T, and the potential launch of new Nokia products later in the year, could be positive for Nokia's credit profile," Fitch said, but added that "numerous negative potential factors ... could delay or fully impede a recovery."