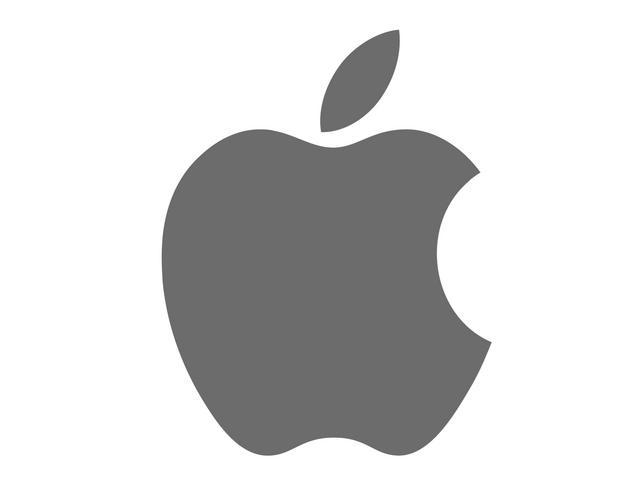 (CBS/AP) NEW YORK — Apple Inc. (AAPL) is set to report another record quarterly profit on Tuesday, continuing the relentless string of results that's made it the world's most valuable company. Those profits don't come out of thin air: A range of businesses —from the company's wireless carrier friends to its PC-making foes— are seeing their profits melt away and flow to Apple's bottom line.

Apple's success is good for the U.S. economy, and some businesses, like software developers and memory-chip makers, have benefited from the disruption Apple is causing. But its enormous gains have resulted in others' pains, sometimes in unexpected places.

—AT&T Inc., for instance, took a chance on Apple's unproven phone in 2007, but the company might be regretting that decision. Since it became the first U.S. phone company to carry the iPhone, its stock is down 25 percent. Apple's is up 415 percent.

—Best Buy has sold Apple products off and on since the late 1990s, but analysts now see Apple as a major threat to the U.S.'s only remaining national big-box electronics chain.

Wall Street analysts expect Apple Inc. to post a profit of $9.2 billion for the January to March quarter when it reports on Tuesday. That's roughly in line with the profit expected from the world's largest oil company, Exxon Mobil Corp. (XOM).

The majority of the profit will come from iPhone sales, especially now that three of the four national U.S. wireless carriers —AT&T, Sprint, and Verizon— sell the phone.

But, for a phone company, selling an iPhone is a bit of a gamble. The company pays Apple an average of $659 for iPhones and then sells them to consumers for between $50 and $200.

The phone companies count on making their money back, and more, in monthly service fees over the life of a two-year contract. Each iPhone comes with a data plan that adds at least $30 to a consumer's monthly bill. At AT&T (T) , the average iPhone user pays more than $100 per month.

It turns out, however, that some of the added income wireless carriers get from data plans is just compensating for a drop in what they're able to charge for calling minutes. The money is also eaten up by the cost of network upgrades to support all the data traffic — the emails, photos and YouTube videos iPhone users consume.

"The primary beneficiary of the growth in wireless data has been one company — Apple," says William Power, an analyst with R.W. Baird & Co.

Despite the smartphone boom created by Apple's iPhone, "free cash flow," or the cash left over every quarter after expenses and capital spending, hasn't grown at the major U.S. wireless companies since 2007, according to Power's calculations.

In the same period, Apple's free cash flow has grown more than sixfold, to over $40 billion last year.

There are signs that U.S. phone companies are starting to take countermeasures. Apple's stock has fallen 11 percent from its all-time high, in part because investors think the phone companies might start demanding lower prices from Apple or making it harder for consumers to buy iPhones at heavily discounted prices.

Already, the phone companies have tightened their phone upgrade policies, meaning existing subscribers have to wait longer before they're eligible for a new $200 iPhone, and raised or introduced phone upgrade fees, which now range from $18 to $36. They promote cheaper phones running Google Inc.'s (GOOG) Android software and more recently, Windows phones.

However, the phone companies may have limited leverage to change the economics of the iPhone.

AT&T, Sprint and Verizon are in a hotly competitive race. Each one is afraid to tighten policies or raise prices too much, lest subscribers jump to a competitor.

When Verizon Communications Inc. (VZ) http://markets.cbsnews.com/cbsnews./quote?Symbol=VZstarted selling the iPhone last year, AT&T's CEO vowed to push Android phones because they're not as expensive to subsidize. But the company ended up selling more iPhones than ever.

Sprint Nextel Corp. (S) , the last of the big carriers to get the iPhone, is in a precarious financial position after many years of losses. Sanford Bernstein analyst Craig Moffett thinks there's a risk that the cost of selling the iPhone could push Sprint into bankruptcy.

Another partner struggling to deal with Apple's success is Best Buy Inc., the largest consumer electronics retailer in the U.S.

Apple's own stores compete with Best Buy, and as Apple products win out over others, consumers become more likely to shop at Apple stores. Binder downgraded Best Buy a year and a half ago, saying the iPad would cut into PC sales. That trend has been even stronger than he expected, he says.

Best Buy stores sell less than $1,000 in merchandise per square foot per year, according to research firm RetailSales. Apple stores sell more than six times as much, a record for the U.S. retail sector.

If Apple does release a TV set this year, as has been rumored, that would be even worse news for Best Buy, Binder says.

Although Apple is only the world's third largest phone maker, behind Nokia and Samsung, it is pummeling rival phone makers, as well. Apple doesn't make inexpensive phones at all, which should leave plenty of room for other phone makers.

But that's somewhat of an illusion. Cheap phones have become commodity products, with fierce competition and low margins, so most phone makers are looking to smartphones for profits. But that's exactly where Apple dominates. As the world's largest buyer of chips, the company has a massive advantage in procuring components at the best prices, and consumers seem to favor the iPhone regardless of the features others use to jazz up their handsets.

High-end smartphones cost about $200 to make. Apple sells the iPhone for an average of $659. Other manufacturers sell competing phones for between $300 and $400.

Canaccord Genuity analyst Michael Walkely estimates that if you add up the operating profits made by the world's eight largest phone makers in the last three months of last year, you'll find that the iPhone accounts for 80 percent of the money.

Walkley believes Apple is set to take an even larger share of those earnings this year.

Most of the profits left over are going to Samsung Electronics Co., the Korean company that makes the popular Galaxy S line of smartphones. For now, Samsung looks like the one competitor that's able to thrive in an industry dominated by Apple.

Nokia Corp., the world's largest maker of phones, has taken the drastic step of ditching its whole smartphone family and betting instead on phones that run on Microsoft's new Windows software. Nokia shares have lost nearly 90 percent of their value since the 2007 debut of the iPhone. Its sales fell 23 percent, and it posted a large loss last year.

The consumer electronics industry is suffering at the hands of Apple, too. As consumers use iPhones and iPads to do things that once required camcorders, cameras and GPS devices, sales of these devices are shrinking. Smartphones and tablets are sucking up the consumer dollars, says Steve Bambridge, research director at U.K.-based GfK.

In the U.S., Apple's computers and other devices accounted for 19 percent of all the spending on consumer electronics in the holiday season, according to NPD Group. That's a tripling in two years.

The trend is particularly rough on the Japanese companies that once ruled consumer electronics.

The top Japanese electronics brand, Panasonic, moved down from a No. 3 spot last year to No. 7. Sony and Nintendo didn't even make the top ten in their home country.

Sony has taken a particularly hard beating, since it competes with Apple on many fronts: music players, digital music sales, phones, portable gaming devices and PCs. It doesn't compete with Apple in TVs, but that's a terrible business in its own right, and a big money-loser.

Sony is projecting a massive loss for the fiscal year that ended three weeks ago. It's been in the red the last three years as well. Last week, it said it would cut 10,000 jobs, or 6 percent of its workforce.

U.S. PC makers like Hewlett-Packard Co. and Dell Inc. aren't doing as badly as Sony, but Apple's success is coming out of their pockets too.

Sales of Windows PC are holding up well globally, as households and businesses in the developing world are getting their first computers. But they're shrinking in the U.S., as customers turn to Macs and, to a lesser extent, iPads instead.

HP, the world's largest maker of PCs, said last year that it would get rid of its PC division, but later backtracked. In its most recent report, it said sales were down 15 percent from a year ago.

PC makers have been trying to replicate Apple's success with the iPad, but have so far failed. They're now waiting for a new version of Microsoft's Windows to give them another shot. Windows 8, due this fall, is geared toward touch-sensitive screens.

Peter Svensson can be reached at http://www.twitter.com/petersvenssson