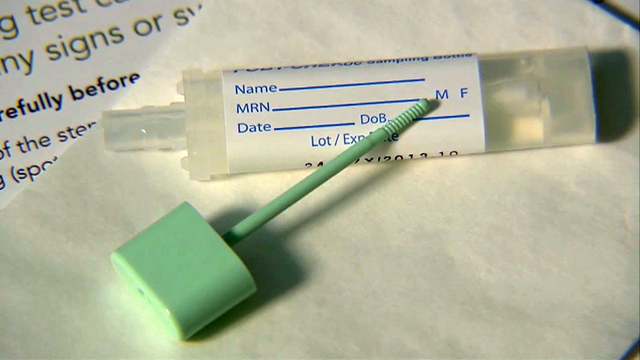 The study, published in the Annals of Internal Medicine, found that the fecal immunochemical test (FIT) is highly sensitive for detecting colorectal cancer, and people were good about conducting the at-home test annually for four years in a row.

FIT doesn't require the bowel-cleansing preparation or sedation and scope test of a colonoscopy, though a colonoscopy has the advantage of allowing for both screening and removal of polyps if found.

For the study, researchers from Kaiser Permanente Northern and Southern California collected data on 323,349 health plan members between the ages of 50 and 70 over the course of four years who had participated in FIT screening for colon cancer.

FIT is one type of non-invasive tests that can pick up tiny amounts of blood in the stool, a sign that cancer or large polyps may be present. The other is the fecal occult blood test (FOBT), which does the same using a different lab technique. FIT screening, though, is better at detecting colorectal cancer and advanced adenomas compared with FOBT, said the authors. Until now, it was not clear how effective it might be over several rounds of annual screening.

In the study, almost half of the patients invited participated in the screening test the first time around. While the number of people who continued to do the screening test dropped over the next three years, a high percentage of patients still participated (75 to 86 percent participated in the follow-up years), and the test continued to identify colorectal cancer, showing FIT is a strong choice for colorectal cancer screening, said Dr. Alok Khorana, an oncologist who heads the gastrointestinal cancers program at Cleveland Clinic.

He said it's normal that there would be some drop-off in participation over time, including some people who would have received a positive screening test result and have followed up with scope tests.

Khorana, who was not involved with the study, said people who avoid colonoscopy due to the uncomfortable prep and time required (a colonoscopy requires a doctor's visit and sedation) may be more likely to get screened if they know there's a very effective annual alternative.

"It doesn't require dietary changes or medications," he said. "Logically, it's a little bit easier and does have a higher detection rate than the [FOBT]."

"It's been frustrating for physicians. Data shows that colon cancer screening saves lives. It's been out there for a few years. Colon cancer is common," Khorana said, yet people don't get screened.

One other screening option came on the market in 2014, when the FDA approved the first DNA test for colon cancer, called Cologuard. It was not part of this latest study.

The search for effective new screening options comes as an increasing number of people are being diagnosed with colon cancer at younger ages. Another study out Monday in the journal Cancer shows colon cancer rates are rising among men and women under 50, the age at which guidelines recommend screening should start. One in seven colon cancer patients is under 50, the research found.

For people putting off their colonoscopy for one reason or another, FIT may be a wise choice, said Khorana.