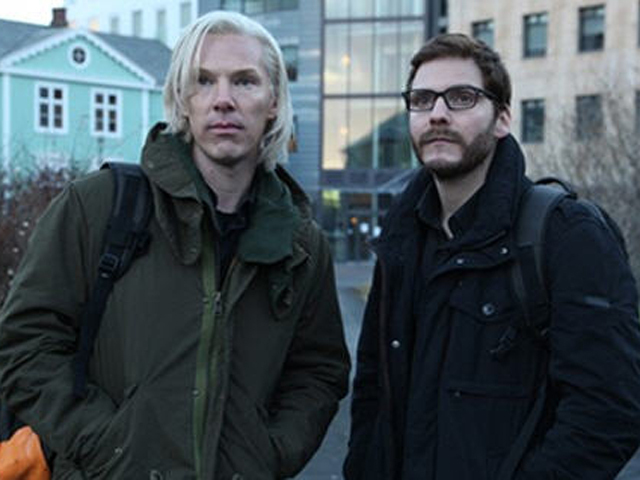 DreamWorks has released the first look at its WikiLeaks drama, "The Fifth Estate," starring actor Benedict Cumberbatch as Julian Assange.

Principle photography on the film has begun, the studio announced Wednesday. Bill Condon ("Dreamgirls," "The Twilight Saga: Breaking Dawn" Parts 1 and 2) will direct "The Fifth Estate" from a screenplay by Josh Singer ("The West Wing"), based on "Inside WikiLeaks: My Time with Julian Assange at the World's Most Dangerous Website" by Domscheit-Berg and "WikiLeaks: Inside Julian Assange's War on Secrecy" by David Leigh and Luke Harding.

DreamWorks says the film "traces the heady, early days of WikiLeaks, culminating in the release of a series of controversial and history changing information leaks."

"It may be decades before we understand the full impact of WikiLeaks and how it's revolutionized the spread of information," Condon said in a statement. "So this film won't claim any long view authority on its subject, or attempt any final judgment. We want to explore the complexities and challenges of transparency in the information age and, we hope, enliven and enrich the conversations WikiLeaks has already provoked."

"The Fifth Estate" is scheduled to arrive in theaters on Nov. 15.