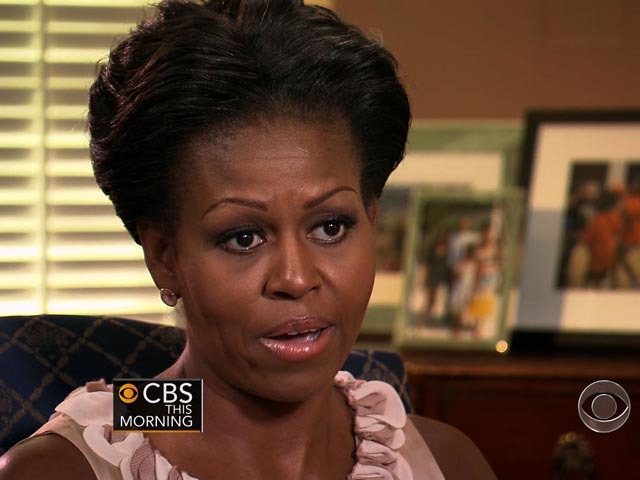 A new book out Tuesday, "The Obamas," looks at the role first lady Michelle Obama has played since moving into the White House. "CBS This Morning" co-anchor Gayle King was there Tuesday and asked Mrs. Obama about claims the book makes about friction between her and the president's top advisers, including the president's first chief of staff, Rahm Emanuel.

Obama: I do care deeply about my husband. I am his biggest ally

Obama: I am one of his biggest confidantes, but he has dozens of really smart people who surround him. And I am not an expert on most of the issues that he's dealing with on a daily basis. So I want him-- and he wants to be talking to the people with the best information. That's not to say that we don't have discussions and conversations. That's not to say that my husband doesn't know how I feel. I mean, one thing is true that I talk very candidly to my husband about how I feel, but that's the kind of relationship we have. I wouldn't go to Rahm about something that I would talk to my husband about, right? If I didn't agree with something, I would talk to my own husband about it.