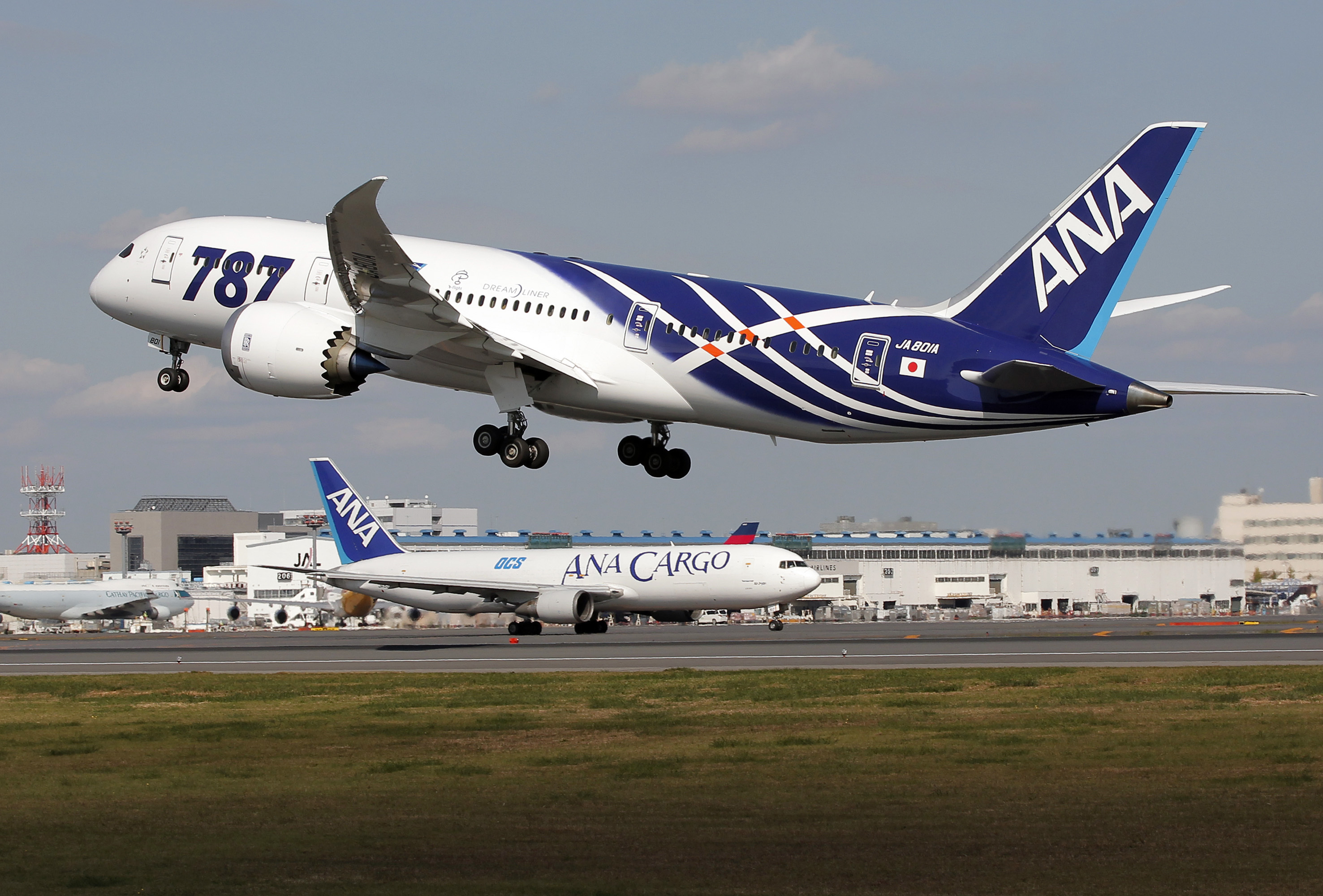 The new long-haul jet aims to change the way passengers think about flying with larger windows, improved lighting and air pressure, and humidity that more closely resembles that on the ground.

It's not the fastest jet or the largest jet but the plane, nicknamed "The Dreamliner" by Boeing Co., is built from lightweight materials that promise to dramatically improve fuel efficiency. The first flight, from Tokyo to Hong Kong, was filled with 240 aviation reporters and enthusiasts -- some of whom paid thousands of dollars for the privilege.

Thomas Lee, of Los Angeles, handed out his own press release and biography. There was his first inaugural flight -- the Boeing 747 as a 17-year-old boy in 1970 -- and then the Airbus A380 four years ago.

"I'm not crazy," he said. "For an aviation enthusiast, this is as high as it gets. It's like going to a movie on opening day."

Lee said on "The Early Show" the flight was a "spectacular experience."

"It's silly, but it's a little piece of history. New cars come out all the time, but how often do new planes come out?" remarked Stephanie Wood. She and her husband, Dean, of Davie, Fla., won a charity auction and paid nearly $18,700 for two business-class seats. Another passenger paid $32,000.

The most noticeable feature of the plane is its windows, which are 30 percent larger than those on older jets. Passengers no longer need to hunch forward to see the ground. Those in the middle of the plane can even glance out part of the windows. The shades are replaced with a glare-reducing, electrical dimming system that adds tint to the window within 30 seconds.

"The windows are absolutely amazing. You're not confined. You've got the outside inside," Wood said.

The $193.5 million plane's debut was delayed more than three years because of manufacturing problems. But that didn't bother the fans who broke out in applause at every opportunity.

The highlight for many was a rainbow-colored light show that transformed the sedate white interior into something closer to the Las Vegas strip.

Lee said on "The Early Show" that the light show was "really incredible."

Many of the 106 enthusiasts on the flight by Japan's All Nippon Airways were carrying memorabilia from past inaugural flights and snapping photos of everything from the overhead bins to the bathroom with a window and bidet.

The 787 has been sold by Boeing as a "game changer," promising to revolutionize air travel just as its 707 did by enabling nonstop trans-Atlantic service and the 747 did by ushering in an age of mass travel.

The 787 is designed to connect cities that might otherwise not have nonstop flights. Planes like the Boeing 747 and 777 and the Airbus A380 can fly most long-haul routes but finding enough daily passengers to fill the massive jets is a challenge. The A380 typically has 525 passengers but can hold up to 853.

The 787 only carries 210 to 250 passengers. That means it can fly nonstop routes that larger planes can't profitably support, such as San Francisco to Manchester, England or Boston to Athens, Greece.

"It's going to be a hub-avoiding machine," said Ernie Arvai, partner with aviation consulting firm AirInsight. "You'd pay extra not to go to (London's) Heathrow."

Connecting such smaller cities is the "holy grail" of air travel, said Richard Aboulafia, analyst with the Teal Group. That's why the plane is the fastest-selling new jet in aviation history. There were 821 orders for the 787 before its first flight, although 24 were recently canceled by China Eastern Airlines because of delays.

Now, the industry is waiting to see if the plane meets Boeing's 20 percent fuel-savings claims.

"If it performs as promised, it's the iPod of the aircraft world. If it doesn't, it's just another CD player," Aboulafia said.

ANA is the first airline to fly the plane, and expects to have seven of them by the end of the year. United Continental Holdings Inc. will be the first U.S. carrier to fly the 787, sometime in the second half of 2012. It's planning to use the plane between Houston and Auckland, New Zealand.

There will probably be a short period when United -- which ordered 50 of the jets -- uses its first 787 on domestic or short trans-Atlantic flights. To make the Auckland route work, it will need a second 787 flying in the other direction.

For passengers, the changes start with boarding. They enter into a wide-open area with sweeping arches. Eyes instinctively move up. There's an impression of more space. Claustrophobia is reduced just a bit, even if seats are as cramped as ever.

But the biggest changes come thanks to the stronger composite shell, which is less susceptible to corrosion than aluminum. Air won't be as dry, with humidity doubled to 16 percent. The cabin will be pressurized at the equivalent of 6,000 feet -- 2,000 less than most planes. That should lead to fewer headaches and leave passengers with more energy during long trips. A number of passengers said Wednesday's flight was too short to notice any improvement.

Other changes for passengers include:

-- The largest overhead bins ever. They are designed at an angle to make the cabin feel significantly larger. Boeing says there's enough room overhead for every passenger to have one carry-on bag; however, the only way that seemed feasible was with identically rectangle bags, stacked in the optimal order.

-- Less noise. New engines with a wave pattern around the exhaust reduce interior and exterior noise, although Boeing won't say by how much. Since the plane is lighter, additional sound and vibration padding can be added. Wednesday's flight appeared quieter, but a handheld sound meter registered noise levels similar to Boeing's 777.

-- Later models will have a turbulence dampening system. Accelerometers in the nose register a sudden drop. A signal is sent in nano seconds via fiber-optic cables to the wings. Adjustments are made and what would have been a 9-foot drop is cut to 3 feet.

Most passengers don't know the make or model of their plane, unless they read the safety instruction card. The 787's interior is likely to change that. Even those who don't fly it, are likely to notice.

"We're celebrities," said passenger Lee Simonetta of Atlanta. "We ought to just taxi around for an hour."