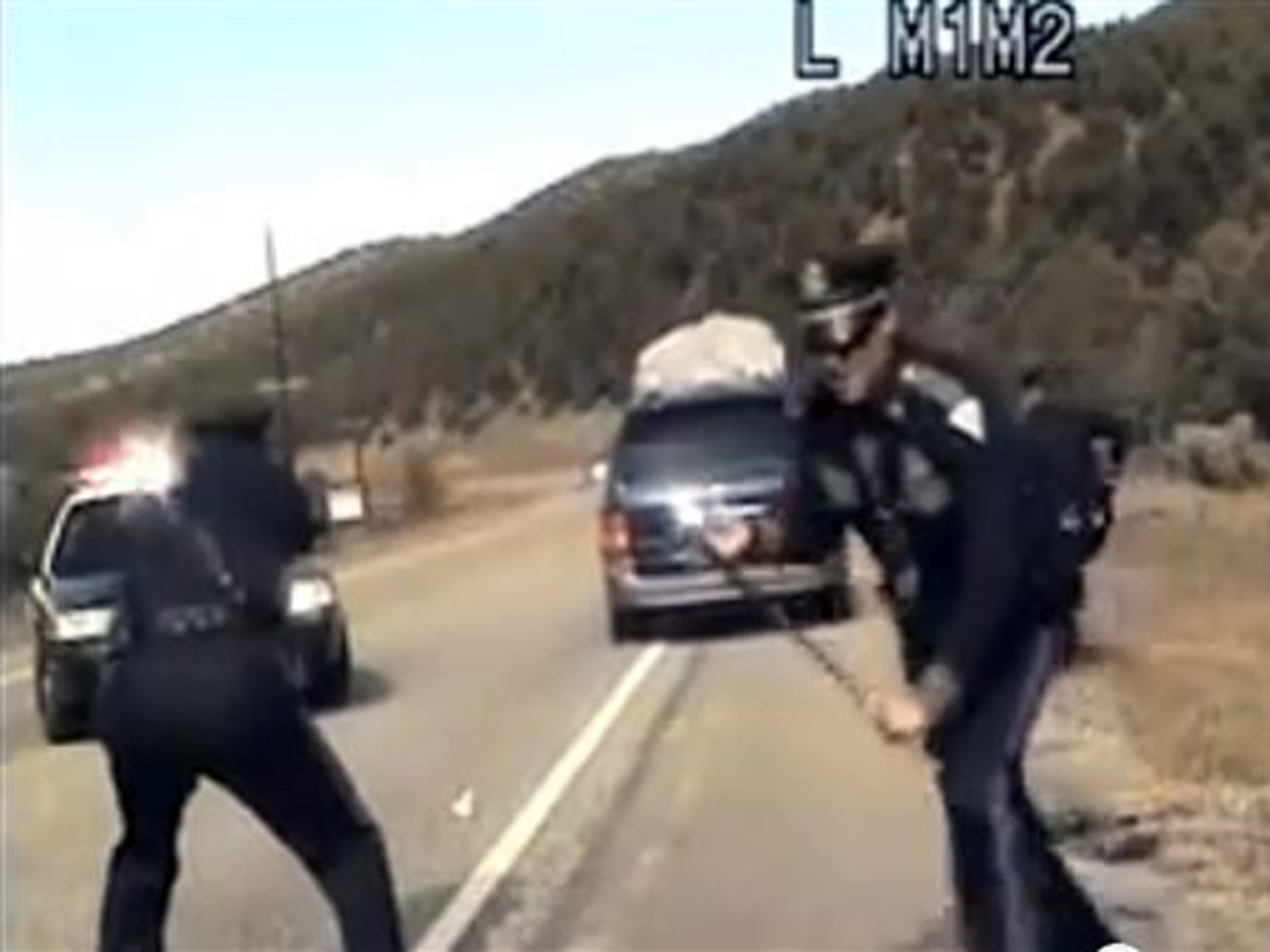 TAOS, N.M. — A fired New Mexico State Police officer says his heart sank when he learned after shooting at a fleeing minivan that there were five children in the vehicle.

"If I knew that there was even one child in that vehicle, I wouldn't have done it," Elias Montoya, 53, told ABC News in an interview aired Friday.

Montoya claimed that he was shooting at a tire but he missed. Nobody was hit by the three shots he fired during a chaotic traffic stop near Taos on Oct. 28.

Montoya told ABC that before the shooting all he could see through the minivan's tinted windows were silhouettes of heads when he arrived at the traffic stop to back up another officer.

Montoya is appealing his dismissal.

The minivan's driver, 39-year-old Oriana Farrell of Memphis, Tenn., awaits trial on charges of child abuse and other crimes.

Farrell has said she was trying to protect her family when she twice sped away from officers.

The incident finally ended when she stopped in front of a Taos hotel. That's when Montoya learned who was in the vehicle.

"My heart sank when they finally stopped and I was at the passenger side at that time seeing them get out at gunpoint again," he said. "I couldn't believe it that there were that many children in there."

He said he was only trying to immobilize the minivan as it drove off.

Montoya, a father of three, later bought the entire family food from McDonald's.