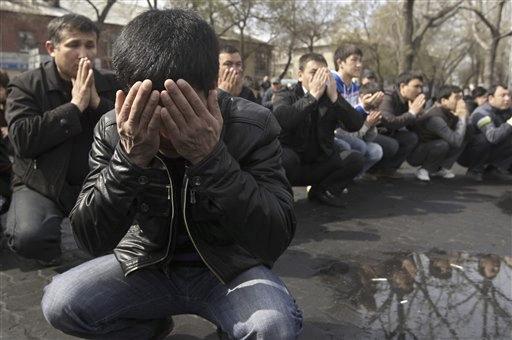 It's hard to imagine what we all did before e-mail. A recent estimate says 200 million of us will send more than 10 billion e-mails this year, most from the office. But what if we told you that not only does your company hase the right to monitor your emails and 60 percent of them do it?

Many of us have done it: received a joke, recipe or inspiration from a friend or coworker via e-mail.

Maybe you read it and hit delete. Maybe you forwarded it along to someone else.

Imagine being fired for such a thing. It's happening more and more often.

Heidi Arace and Norma Yetsko, both longtime employees with PNC Bank, were fired after forwarding jokes on their company's e-mail.

"I was shocked and so hurt that I don't even know how to put it into words to you," says Yetsko.

Arace says, "I was cold. I was frozen. It was like I lost everything in my life. You get a simple e-mail like this, you read it; you chuckle; forward it on, click. Done deal. You don't think of the policy, because everyone was doing it."

One of Arace's e-mails was a picture of a bare-breasted woman with Hillary Clinton's head superimposed.

"What happened here was that the bank completely sandbagged Heidi and Norma, completely," Barasch says. "They had a policy in place that said you weren't supposed to use the company e-mail system to send personal e-mails. But they did not enforce it. So, as far as I'm concerned, the policy wasn't worth the paper it was written on."

According to Arace and Yetsko, jokes and chain letters like these were regularly circulated among bank employees.

Yetsko's intention regarding a particular e-mail she forwarded was to get a laugh out of it, which is what she got when she received it. Instead, she says, "I got fired."

In a written response, PNC Bank stands by the firings, saying, "The internal distribution of offensive material is a clear violation of our Code of Ethics." A company spokesman added, "Other employees who did the same thing in terms of the type and number of e-mails were terminated" in accordance with PNC's policy.

Nancy Flynn, the executive director of the ePolicy Institute and an expert on e-mail litigation, says, "Last year our survey showed that 13 percent of employers actually had to go to court and battle an email-related lawsuit."

Which is why companies are cracking down, according to Flynn; they're being sued by their own employees.

Flynn says, "Typically, it's a sexual harassment or a racial discrimination claim. Typically in a harassment or hostile work environment claim, there's an element of either off-colored jokes, sexual content, maybe even pornography."

A study the ePolicy Institute conducted with the American Management Association on workplace e-mails found 25 percent of those employers surveyed have fired an employee for violating e-mail policy.

More and more employers have written e-mail policies and use software programs to help monitor employees use of the company computer.

Companies are looking for workers accessing inappropriate websites and sending improper e-mails. For instance, try sending a word like "sex" in an e-mail and your boss could end up reading it.

"Our policy says every e-mail is like writing on the back of a postcard. Somebody can read it. And it's legal for us to do that," says L'Heureux. "People know I have the ability to see what they're doing. I think that, in fact, deters people from abusing the system."

"We've had anything between a rank and file employee, to a vice president," L'Heureux says. "There's at least one example of inappropriate use of e-mail."

L'Heureux says his company's employees typically receive a warning first. Arace and Yetsko say that would have been enough for them.

Today, Arace and Yetsko have their own advice and thoughts on e-mail.

Yetsko says, "I would tell them watch what they do because you don't know who's watching you."

Arace adds, "I receive e-mails occasionally, but I just delete them and I move on."

The ePolicy Institute's Flynn offers the following advice to employees: "They need to think, 'Would I be embarrassed if tomorrow morning this e-mail message were read on the CBS Early Show?' And if you would be, don't send it."

Heidi Arace and Norma Yetsko are currently appealing their case after it was dismissed by a judge in 2003.

According to the ePolicy Institute survey, more than half of employers are monitoring e-mail, but usually they aren't reading every single one.