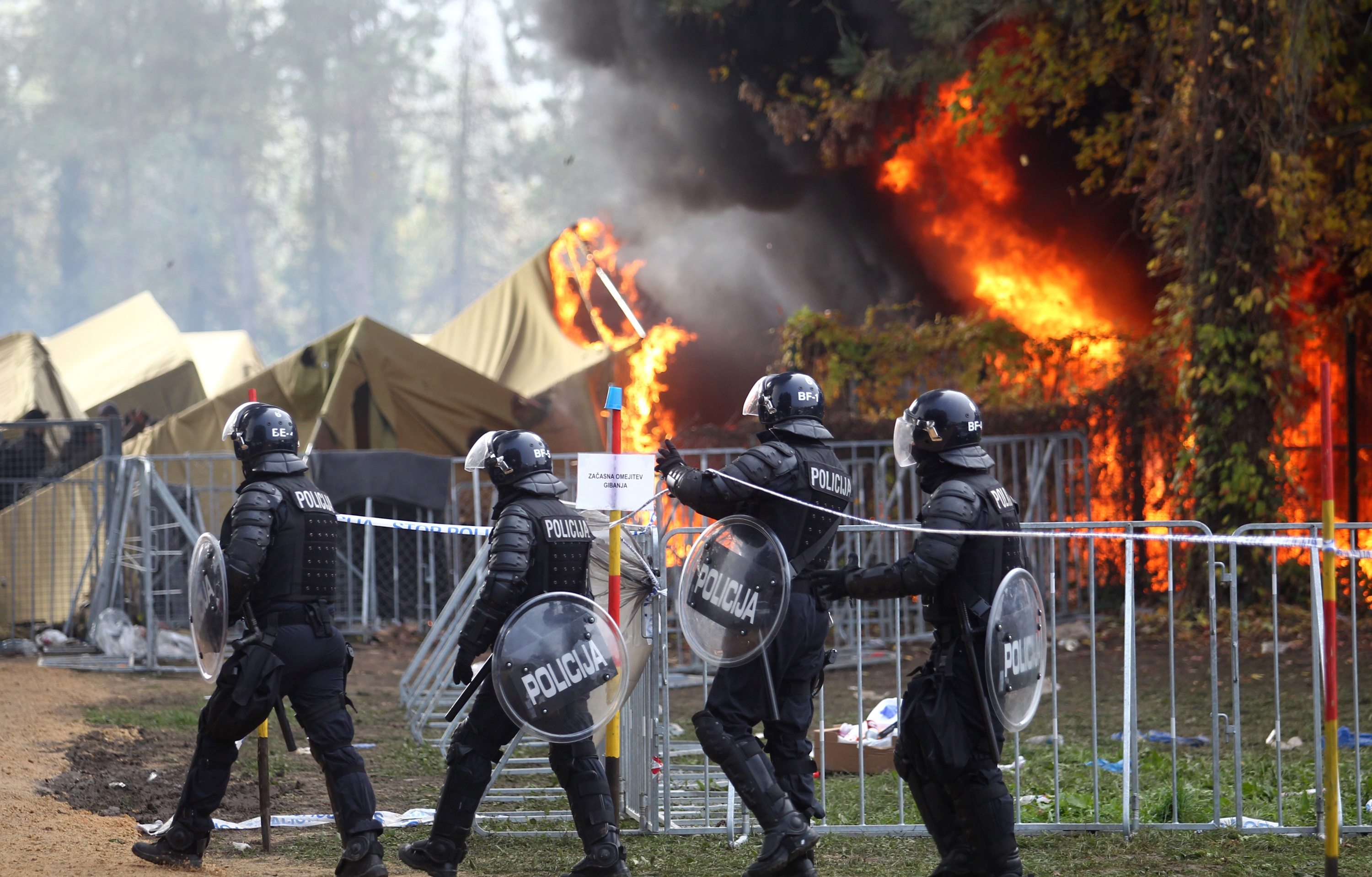 BREZICE, Slovenia -- Freezing temperatures and burning tents heightened the misery of thousands of people pushing their way through Europe on Wednesday, hoping to find refuge at the end of their arduous treks.

The European Union's executive, meanwhile, summoned leaders of the countries on the migrant trail to a summit in Brussels on Sunday in an effort to better coordinate the flow from one country to another.

A fire broke out on Wednesday at a camp for migrants in Slovenia, the current gateway to Austria and beyond. The cause of the fire at the camp in Brezice, on Slovenia's border with Croatia, was not clear, but migrants had been lighting fires outside their tents to ward off the chilly fall weather.

Firefighters extinguished the flames which consumed several tents, while women and children were evacuated from the camp. Many of those at the Brezice camp arrived in the dark of night after wading or swimming across the Sutla River in temperatures close to freezing.

Among the new arrivals and stranded in Slovenia, are a record number of teenagers travelling on their own.

Desperate parents are breaking up families to save their children. At least 15,000 kids have applied for refuge in Sweden.

For many that's the aim: to be granted asylum, and then bring their families over too.

Serbia, Croatia and Slovenia have struggled to cope with the relentless flow of migrants traveling through the Balkans, their journey made more difficult since Hungary erected fences protected by razor wire, police and soldiers on its southern borders, forcing migrants to find new routes west.

Hungary closed its border with Serbia to the free flow of migrants on Sept. 15 and clamped down on its border with Croatia on Saturday. Since then, over 20,000 migrants have entered Slovenia from Croatia, with many thousands more on their way.

Early Wednesday, Slovenian lawmakers granted more powers to the army to work with police in managing the migrant influx along the borders of the small Alpine nation.

Further back, hundreds of migrants pushed into Croatia after spending the night out in the open in freezing cold, waiting to cross from Serbia.